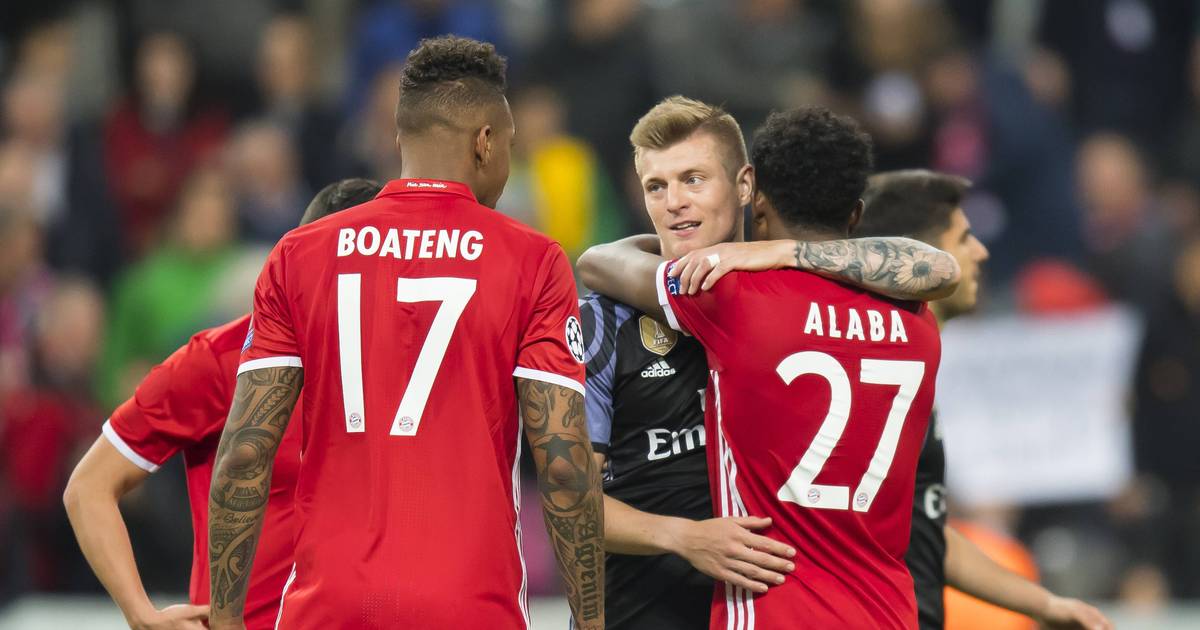 One thing is certain: David Alaba will leave FC Bayern at the end of the current season. However, it remains to be seen where the Austrian’s journey will go. Some well-known top European clubs are under discussion.

The  target of the 28-year-old defensive man should be Real Madrid.

The re Alaba would meet an old friend: Toni Kroos.

The  two played together for FC Bayern for three years.

Now the real star has joined Sky expressed about a possible engagement from his former teammate.

The  problem is that I haven’t played with him for almost seven years. So it’s a little difficult for me to say how and what he thinks,” said Kroos. “I’ve already read the name Alaba in connection with Real Madrid, but I don’t have any information on it now.”

If you are a regular at FC Bayern, you basically have the sporting quality to play at Real Madrid, said the 31-year-old. “But we’ll see what will come of it in the end.”

Recently, Kroos had also stated that he could not imagine that the European Championship will take place in twelve different countries as planned next summer. It is also still unclear which players national coach Joachim Löw will test and ultimately nominate by then.

The  partially historically poor performance of the DFB-Elf left many questions unanswered in the past few months.

Kroos questions the removal of Müller, Hummels and Boateng

About the dismantling of Thomas Müller, Mats Hummels and Jerome Boateng as a reaction to the messed up World Cup 2018, Kroos said: “I am now questioning whether the coach’s plan has worked out the way he wanted it back then. that the intention after this World Cup was relatively clear. And now you have to decide what is best for the next tournament. ”

“You can’t give away a tournament as Germany,” warned Kroos. “We have to see that we find the best possible team for the tournament.

The y are the strongest in form and the players who are the best match. I think that will happen. And we will see who these players will be in the end.”

Jerome Boateng (FC Bayern): A clear message might even call out...

Fund demand at Austrian Volksbanks rises to a record level Scotland: Free tampons and pads worldwide for the first time