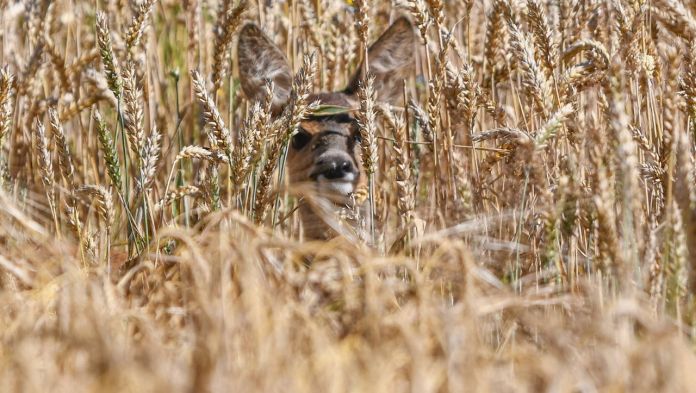 According to media reports, Germany is far behind its goals of creating pure wilderness areas. Although the federal government had already decided in 2007 to reserve two percent of the country’s area for wilderness areas, Germany has only achieved a rate of 0.6 percent today, as reported by the editorial network Germany and the ZDF magazine »Frontal21«.  The  Federal Republic had not even achieved a third of the goal it had set for itself.
According to these reports, not a single one of the German territorial states manages to leave two percent of their respective area to the wild. According to this, North Rhine-Westphalia, the area with the highest population density, comes in last:

Only in autumn of last year the federal government published a report according to which Germany does not manage to adequately protect domestic biodiversity, although the government has committed itself to do so under international law. For 11 out of 13 indicators with specific target values, including biodiversity and the protection of endangered species, the values ​​are still “far” or “very far” from the target range. An assessment by the Ministry of the Environment on the report states that the target values ​​applicable for 2020 and 2030 could “in all probability not be achieved”.

The  main reason for the decline in species, according to the report, is intensive agricultural use. In residential areas, construction activity and surface sealing have a negative effect.

The  increase in protected areas does not seem to lead to sufficient protection of the species either.

Last November, scientists from various academies jointly described how serious the threat to biological diversity in Germany is from agriculture alone: ​​»

The  decline in biological diversity in the agricultural landscape is so dramatic that it will have serious consequences for the functionality of the agricultural ecosystems and are to be expected for the well-being of humans «, says the paper» Biodiversity and Management of Agricultural Landscapes «, published by the National Science Academy Leopoldina, the Academy of Science and Engineering and the Union of German Academies of Sciences.

The ir conclusion: Anything that makes agriculture more efficient and competitive endangers the diversity of species in Germany.

Ernst May settlements are to become world cultural heritage

Study: Homes in the corona pandemic increasingly popular in Germany

For the third time: Kamil Stoch wins in Bischofshofen – and...

a & o Hostels recorded 2.5 million overnight stays in the...