The  day before the Europa League second leg against WAC in London (Wednesday, 6 p.m.), Tottenham’s star coach Jose Mourinho gave an insight into his emotional state. “Thank goodness I’m not the coach I used to be,” said the Portuguese, whose squad is currently struggling with a form crisis in the English Premier League. “I’m not happy, but maturity helps and I’m very confident,” said the 58-year-old at a press conference.

In his past, in which he won six championship titles in England, Italy and Spain and twice the Champions League, he reacted “much more emotionally” to problems outside of the sporting world. “Instead of helping myself, I provoked more conflicts,” Mourinho recalled. His team suffered five defeats in the last six games in the league. Mourinho was convinced that the current situation would be survived. “Which coach has always had blue skies?” He asked. “It hurts me and is a big challenge for me, and I think I can do it.”

If there are no results, coaches often feel like “lonely men”. “I never felt that in this building (Tottenham’s stadium, note). I not only feel respected, but also supported. We’re all in the same boat. Nobody is happy, but nobody is dejected either. I am optimistic. Maybe it’s a bit strange after so many defeats, but I’m optimistic, ”said Mourinho. “I wake up and am happy to come here.”

One thing is clear, not least with regard to the WAC: “If you have a bad run, you need victories. I’m sure everyone wants to not only advance but also win, ”said Mourinho. In fact, Gareth Bale and Co.’s promotion to the round of 16 after their 4-1 first leg in Budapest last week is virtually impossible to take. “Anything can happen in football, but the reality is that a 4-1 away win is good,” said Mourinho succinctly. He also announced a line-up “very similar to that of Budapest”.

Jump only with FFP2 masks 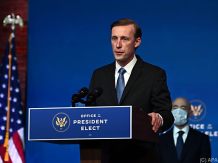 Frankfurt am Main: Danger of congestion on A 5 between Nordwestkreuz...