Düsseldorf:Metzelder has to go to court

The  trial against the former international is set to begin at the end of April. Among other things, it concerns the possession of child pornography. Metzelder denies the allegations.

Former national soccer player Christoph Metzelder has to go to court. According to the notification, the court has admitted the prosecution’s indictment. Metzelder denies the allegations.

The  hearing at the Düsseldorf District Court is scheduled to begin on April 29th.

So far, the district court has set three dates for the process until mid-May. For the former international Metzelder, the presumption of innocence applies until a final decision in the criminal proceedings.

Most recently, the former national player had won a partial legal victory:

The  Düsseldorf District Court was not allowed to report on the ex-national soccer player in the form of a press release published on the Internet with the name and allegations of the offense. However, the court was allowed to “truthfully inform media representatives, naming their names, about the indictment and the allegation in abstract form with reference to the presumption of innocence”.

That was decided by the North Rhine-Westphalian Higher Administrative Court (OVG) in Münster and thus partially overturned a decision from the lower court.

The  40-year-old’s lawyers were unable to prevail at the time by demanding that the local court provide guidelines for future press work.

The  OVG also did not find the naming of the former national player to be a problem for media representatives.

A young girl got corona even though it was six meters...

Search for missing persons after glacier break in India continued

Britain plans up to 50 vaccination centers 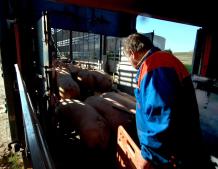