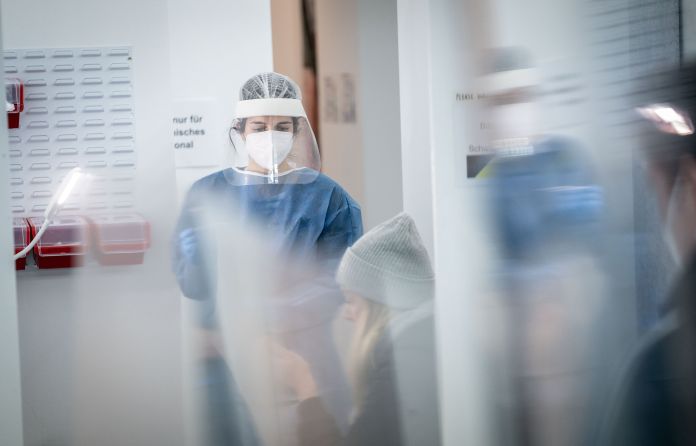 Berlin – In terms of the growth in the proportion of the Corona variant discovered in Great Britain, Berlin is currently apparently still behind the nationwide development. A spokesman for the health administration said on request on Friday that 12 percent of the positive samples last week (February 7-14) were mutant B.1.1.7. An increase is also expected in Berlin. Health Senator Dilek Kalayci (SPD) recently put the proportion at 10 percent with reference to data from Friday the previous week. She had warned that the variant could soon dominate.

According to a report by the Robert Koch Institute (RKI) published on Wednesday, the proportion of this variant rose nationwide from just under 6 to more than 22 percent within two weeks. This information refers to samples from the previous week. Not all positive corona tests are checked for variants nationwide.

However, the variant already plays a larger role in samples from Berlin hospitals.  The re were indications of B.1.1.7 in 28 percent of the good 70 analyzes from last week, as can be seen from data from Labor Berlin.

The  week before, it was 19 percent. References to the more contagious variants from South Africa and Brazil are therefore much rarer in the clinics, with a share of around one percent.

The  UK virus variant is estimated to be at least 35 percent more contagious than previous forms. Based on the experience of countries like Denmark, it is feared that the proportion of the variant in Germany will increase rapidly and significantly. This is seen as a risk of loosening.

The new corona measures could look so tough

Signs of life of the game and release probably this year

Christmas in pandemic times – preventive corona test for a carefree...