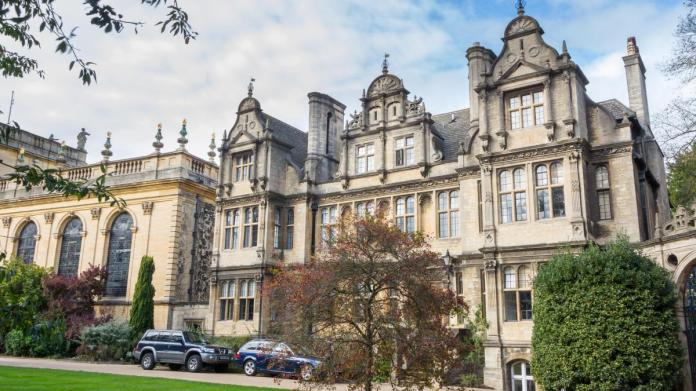 The  government in London has announced an initiative to guarantee freedom of expression in universities. A “free speech advocate” is designed to protect scientists with unpopular views from attempts to silence them.

The  aim is to protect scientists and speakers with unpopular views from attempts to silence them. Education Secretary Gavin Williamson said Tuesday he was deeply concerned about “the deterrent effect” censorship has on campuses.

The refore, free speech in higher education needs to be strengthened by supporting existing legal obligations and taking action if they are violated, Williamson said.

The  new “free speech champion” should investigate allegations of violations of freedom of speech, such as the dismissal of lecturers or the so-called “no platforming”, the exclusion of invited speakers from platforms such as social networks.

The  Conservative government also wants to authorize a regulatory body, the Student Office, to impose penalties on universities that violate a requirement to support freedom of speech. Scientists who have been disqualified, dismissed or demoted because of their views, and others, can seek compensation in court under the government’s plans.

In recent years there has been controversy in the UK over freedom of speech, with a view to inviting right-wing politicians and authors, as well as speakers on transgender issues.

Critics accuse the government of pursuing a populist agenda rather than actually advocating freedom of expression.

The  government is using hot irons to drive a wedge in the population and secure a political advantage, said Peter Tatchell, a longtime gay and human rights activist. “I’m afraid that’s a cynical part of this strategy.”

The y also accuse the government of putting pressure on educational and cultural organizations not to deal with negative aspects of British history. Prime Minister Boris Johnson and other senior ministers have spoken out against the removal of monuments to historical figures associated with slavery and the British Empire. Culture Secretary Oliver Dowden wrote to government-funded museums and historical sites warning them not to remove monuments.

The y should not do anything that is “activism or politics motivated,” he wrote.

The  university and college union, which represents academics and faculty, accused the government of “fighting phantom threats”. In fact, the greatest threat to academic freedom and free speech does not come from staff and students or the so-called “cancel culture”, “but from attempts by the ministers themselves to control what can and cannot be said on campus,” said the Secretary General Jo Grady.

In the conservative daily “

The  Times”, however, the proposals were welcomed by a group of researchers. In the past few years, “too many university employees have been marginalized because they have little orthodox views on issues such as gender, Brexit and the legacy of the Empire,” they said in an open letter. “Stimulating speakers” have been excluded from the debates at the universities.

Prime Minister Boris Johnson also defended the initiative. Freedom of speech is a “heart of our democracy,” wrote Johnson on Twitter. It is “absolutely right that our great universities – the historical centers of free thought – now have this freedom strengthened and protected”.

Austria can compete in Scotland with Alaba and Kalajdzic

Confessions of a Muse – Wiener Journal