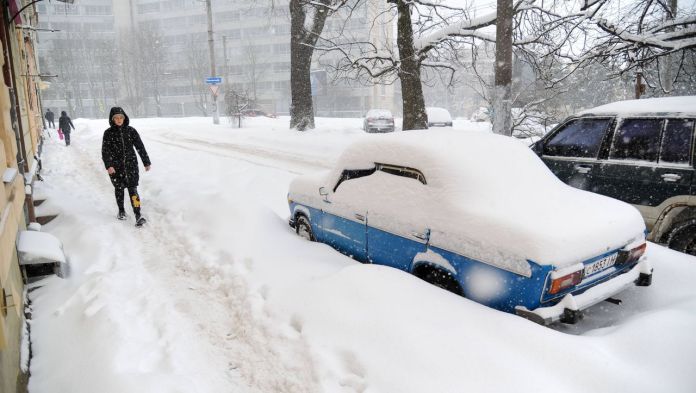 A Ukrainian villager has come up with a peculiar strategy to get the driveway to his house free of snow: In a phone call with the police, the man claimed to have stabbed his mother’s boyfriend – and at the same time advised to come with a snow plow his house was snowed in, as the police spokeswoman for the northern Ukrainian city of Chernihiv, Julia Kovtun, told the AFP news agency on Monday.
Instead of using the snow plow, the officers drove to the house in the village of Grybova in an off-road vehicle, said Kowtun.  The re they found the alleged victim cheerfully and learned that no one had been attacked.

The  self-declared murderer admitted that he was dissatisfied with the work of the snow removal services and had hoped that the police would do better. Half a meter of snow had previously fallen in the region. According to the spokeswoman, the man is now threatened with a fine of up to 3.50 euros.

The  former Soviet republic is one of the poorest countries in Europe.

The re is often a lack of money for functioning public services.

The grand coalition on the horizon

With Wendler! The start date for the 18th season of...