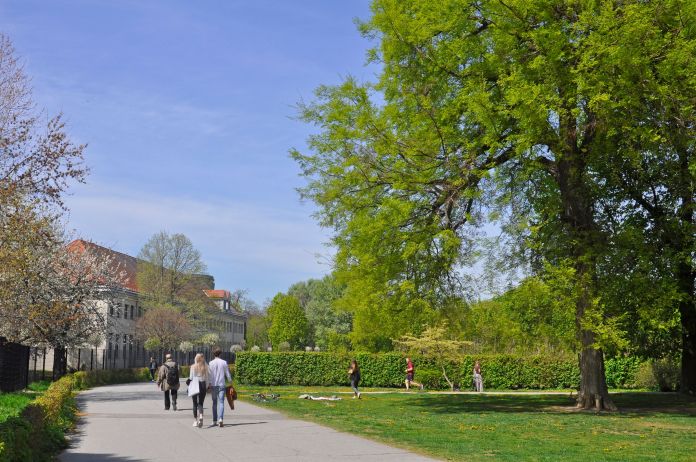 In the coming days, the temperatures in Austria will continue to rise. Up to 21 degrees are expected on Wednesday.

Spring is already sending us its first greetings at the end of February. At the weekend it stays a bit cool and foggy in the east. In the west, however, the thermometer has already risen to 16 degrees. And also in the coming days it will be spring-like warm. Here is the forecast in detail:

Saturday starts in the lowlands and in some valleys with fog or high fog. Especially in the Danube region, in the eastern flatlands and in the southeast, the cloudy gray can sometimes persist. Away from or above the cloudy regions, the sun often shines with a few veils.

The  wind usually blows only weakly from mainly eastern directions.

The  temperatures are widely spread: In the permanent gray it stays cool at around 5 to 8 degrees, otherwise it becomes spring-like with up to 16 degrees in the west.

The  high pressure weather continues on Sunday. Away from the mountains, thick fog or high fog lingers in many places, as well as in some valleys and basins. In the mountains, on the other hand, the sun shines almost clear from the morning.

From midday the fog begins to dissolve in places, but it often remains gray, especially in the Waldviertel and Weinviertel as well as on the eastern edge of the Alps. In addition, there is a brisk southeasterly wind in the east, and it gets foehn in the northern Alps.

The  temperatures rise to 5 to 18 degrees depending on the fog and sun.

Monday has no fundamental weather change to offer, strong high pressure influences in the mountains again in the morning for a lot of sunshine. In the flat and hill country, however, fog and high fog are tough, especially in the Waldviertel it can also drizzle a little.

Only in the afternoon do the chances of sunny clearing from the Alps increase. In the northern Alps it remains slightly foehn, in the eastern flatlands there is a moderate south-east wind and south of Graz south-west wind. Depending on the fog and sun, 7 to 19 degrees.

On Tuesday, the last fog fields in the eastern lowlands and in the southern basins cleared in the morning and the sun shines widely. At most a few thin clouds of veil can be seen or it is a little hazy.

The  wind turns to the west and blows moderately in the Danube region. With 11 to 20 degrees it is spring-like mild in the east too.

Wednesday also presents its spring-like side. Local fog fields in the valleys and basins clear in the morning, mostly the sun shines away from the morning and at most a thin cloud of veil appears in the sky.

Even on the mountains the wind is only weak. In the eastern flatlands it is not quite as warm as the day before, in the mountains and in the south-east, on the other hand, the temperatures are still a bit upwards. In any case, with 12 to 21 degrees it remains unusually mild for the season.

Deceased clothes and the ticking of time

Corona in England – Hospitals: “When you come to work, you...

Demand for SAP shares: SAP ends the year in a forgiving...