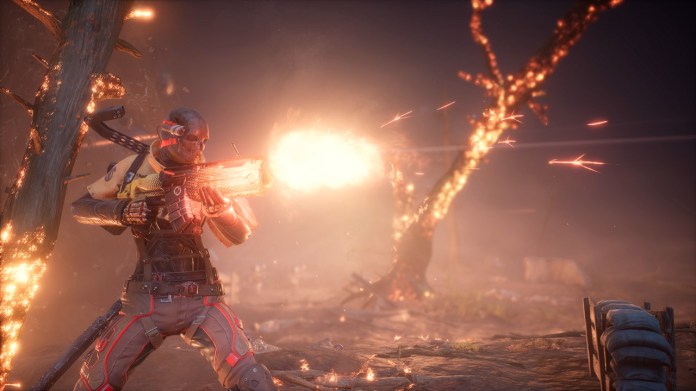 Square Enix today announced a new Outriders broadcast. This time the focus is on the content of the game demo.
Square Enix is ​​pleased to announce that the fifth episode of Outriders Broadcast will air on February 24th.  The  latest episode offers a deeper look into the demo of the RPG shooter.

People Can Fly’s sci-fi shooter will be released on April 1st, 2021 and offers spectacular shooter gameplay with freely combinable weapons and powers that transform players into godlike heroes on the virtual battlefield.

The  trailer for Broadcast # 5 can be seen here:

The  latest Outriders Broadcast episode gives a preview of the content that the extensive demo will offer starting February 25th. Players can experience the entire first chapter of the Outriders campaign and broadcast their progress by purchasing the full version.

The  fifth episode of the Outrider Broadcast will be streamed online on Wednesday, February 24th at 6:00 p.m.: www.twitch.tv/squareenix

Did you know? New “Das Traumschiff” episode filmed in Germany

Thomas Gottschalk: His little grandson lives in the USA – and...

Corona: Before the shutdown, the Germans storm the hairdressing salons

Covid-19: Relief for border traffic from Kufstein to Bavaria canceled