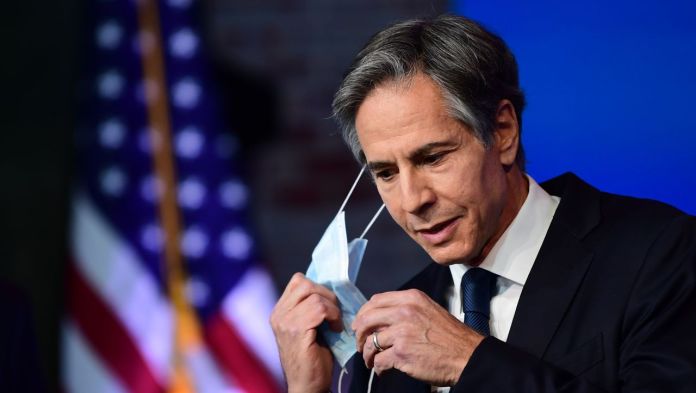 In the Iranian parliament a dispute breaks out over further cooperation with the UN atomic authority IAEA – after two years of radio silence, the USA sends a renewed offer to talk about the nuclear agreement.  The  US wants to continue and strengthen the international nuclear agreement, said Foreign Minister Antony Blinken on Monday in a contribution to the United Nations-supported conference on disarmament in Geneva.

The  nuclear deal was negotiated in 2015 in Vienna between Iran, the five UN veto powers and Germany. It should prevent Iran from building a nuclear weapon, in return the sanctions against Tehran should be lifted. However, under President Donald Trump, the United States pulled out of the deal in 2018 and again imposed sanctions to bring down Iran economically. Because the other partners of the agreement actually also adhered to the US sanctions, Iran has been step by step distance from the agreement since May 2019 and is increasingly no longer complying with agreements.

Now a lot is to be reversed under the Biden administration. However, the approach does not come without conditions. Together with international partners, the US government wants to work towards renewed compliance with the nuclear agreement, said Blinken. In addition to the nuclear program, Iran’s destabilizing behavior in the region and the country’s missile program should also be addressed. In addition, the government in Tehran must meet the requirements of the agreement, including controls by the IAEA.
IAEA chief Rafael Grossi announced on Sunday evening after a visit to Tehran that his organization could initially continue controls on the Iranian nuclear program to a limited extent. An acceptable result had been achieved in his talks. Iran announced a law for Tuesday that would limit the authority’s right to short-term inspections of possible nuclear facilities.

The  temporary agreement is initially valid for up to three months, added the IAEA boss. However, the inspectors would have less access to the systems.

Germany’s Foreign Minister Heiko Maas (SPD) urged Tehran not to write off the nuclear deal. He expects “full transparency and full cooperation” in working with the IAEA. “It is in Iran’s best interest to change course now, before the nuclear treaty is irrevocably damaged.”

Corona vaccine may be enough for more doses than planned

Problem home office in administration: “Full access only in the office”...

Which cryptocurrencies could overtake Bitcoin | 12/20/20

Before corona consultations: how much perspective is possible?

FC Schalke 04: is a break in danger? Supervisory board...