At first glance, it seems like good news that comes from Israel: According to a new, as yet unpublished report by the Israeli Ministry of Health, the Covid-19 vaccine from Pfizer and Biotech not only alleviates the symptoms of Covid-19 disease, but also prevents it the transmission of the virus – a discovery that gives hope for a long-awaited return to the routine.

However, experts warn that the findings have no scientific significance. Contrary to what some reports suggest, the publication by the Israeli Ministry of Health is not a scientific study, but only a preliminary report – but it has it all: According to it, a person is two weeks after receiving the second dose of Pfizer Vaccine protected against infection with almost 96 percent effectiveness.

Whether the Pfizer vaccine can prevent the transmission of the virus was previously considered a great unknown. But this is important because in order to contain the pandemic as quickly as possible, as few people as possible should be infected.  The  new findings seem to give a positive answer to the question of preventing transmission.

However, there is no certainty: the report that the Israeli Ministry of Health published over the weekend is only a few pages long and contains neither information about the data nor about the methodology used to analyze it.

Without such information, it is “difficult to form an opinion,” writes Eran Segal, a researcher from the Weizmann Institute, who recently made a name for himself with his analyzes of Covid 19 statistics.

Nadav Eyal, the Israeli journalist who first reported on the finds, was amazed on Sunday on Twitter at the enthusiasm of some media. “As I pointed out in my story, senior officials at the Ministry of Health have said the infection reduction data is sketchy at best,” he wrote. “

The y depend too much on the test strategy.”

Neither Biontech nor the ministry wanted to comment on the paper

Israel’s Ministry of Health, together with vaccine manufacturer Pfizer, is analyzing statistics on the course of the pandemic in Israel and the impact of the vaccination campaign in order to be able to draw conclusions about the effectiveness of the vaccine.

The  most recent manuscript used Israeli health data from vaccinated and unvaccinated persons to examine, among other things, how well the active ingredient protects against diseases, but also against infections.

It is important to know that the manuscript has neither been published by the company nor in a specialist journal that has been peer-reviewed. It was leaked to Israeli journalists from the “ynet” Internet portal and is available to the German Press Agency. Neither Biontech nor the Israeli Ministry of Health wanted to comment.

The  active ingredient is “highly effective” in preventing infections with Sars-CoV-2, the authors write.

But this number should be treated with caution:

The  results of the study are not as clear as the bare number initially suggests.

At a later date, the two parties want to publish studies in scientific publications, which would have to go through a peer review process, an assessment by other scientists and would therefore have far more weight than the report that has now been published.

The re are fewer hospital admissions among those over 60

However, it is not unlikely that the corona vaccines will also have an effect on a possible infection with the virus. Researchers at Oxford University wrote in an article initially only published online and not yet officially published for the journal “

The  Lancet” (read here) in early February that vaccination with the vaccine from Astrazeneca could reduce the transmission of the coronavirus by 67 percent.

That the Biontech vaccination the symptoms of the disease greatly alleviates, but several Israeli studies have already proven it – and this is now also evident in everyday life. By Saturday, according to the statistics portal “Our World in Data” from Oxford University, almost 50 percent of all Israelis had received at least one of the two doses of the Pfizer vaccine that are necessary for almost complete immunization.

In the age group over 60, in which the vaccination rate is over 90 percent, the number of corona-related hospital admissions drops significantly. In the meantime, more younger Israelis have to seek inpatient treatment for a Covid-19 infection than older ones.

The  number of new infections every day is also falling, despite the fact that the government released its citizens from a strict lockdown in early February. Since Sunday, non-essential shops have been allowed to open again in Israel, as well as fitness studios, swimming pools, theaters and libraries.

However, access to such leisure facilities is reserved for those who either have a Covid 19 infection and are considered immunized or who have been vaccinated against the virus.

For this purpose, the Ministry of Health has created a so-called “Green Pass”, which immunized persons can download via an app. On Sunday, however, contrary to promises to the contrary, the page was not yet available – apparently it did not withstand the high rush. (with dpa)

Covid-19: 218 new corona infections in MV on the weekend

Supermarkets would like to have old opening times again – Coronavirus Vienna 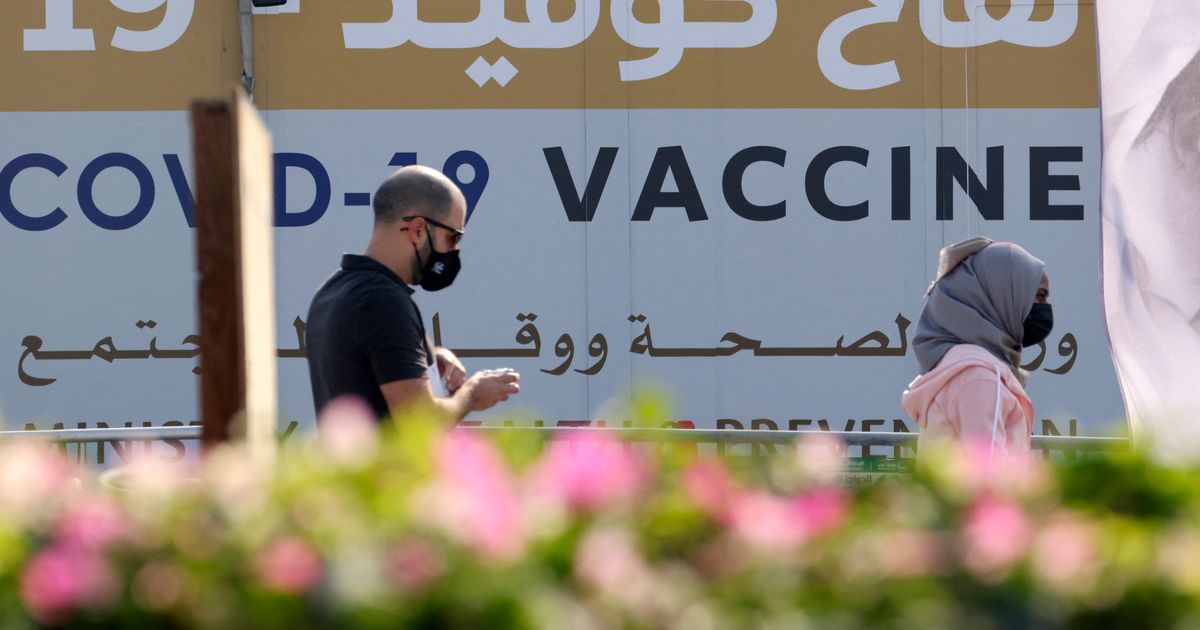 Vaccination tourists, vaccine dealers: the hunt for the saving syringe

1,838 new infections in Austria with Corona in 24 hours – Coronavirus –

Vaccinations Against COVID-19: Why Is Chile Moving So Fast?

Is a corona vaccination risky after an infection has been overcome?

US election dispute: Both sides gather forces at the Supreme Court

VW stops the belts – nothing works here from Monday!

At least 3,244 people vaccinated with the second dose – Coronavirus...