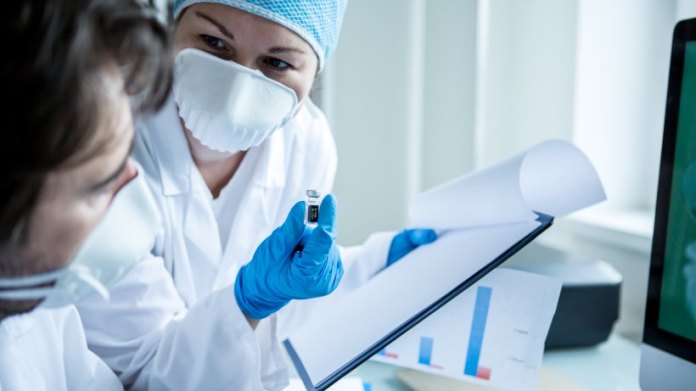 Discussion about “Booster”
Vaccination after Covid-19: useful or not?

“I already had Corona – should I still get vaccinated again?” This question is currently cropping up again and again – and as the number of infections increases and the vaccine becomes more readily available, it must be clarified.

Anyone who is vaccinated with the corona vaccines develops antibodies against the coronavirus and thus very strong protection against infection. In most cases, antibodies also remain in the body for at least a few months after someone has suffered from Covid 19 disease. Must the who already had Covid-19, should still be vaccinated? Or is that even dangerous?

The se questions are currently in the minds of those who have recovered.

The  answer is not that simple. However, new study results now show a trend.

Get vaccinated after Covid-19? Not yet but soon

As of now, the information from the Paul Ehrlich Institute (PEI) reads: “According to the overwhelming opinion of experts, people with laboratory-confirmed Sars-CoV-2 infection should initially not be vaccinated.” At least that is what Prof. Dr. Klaus Cichutek, the president of the institute, at a congress in mid-February.

The  Standing Vaccination Commission (Stiko) confirms this in the current version of the vaccination recommendation: Since there is currently little vaccine available, these people should not be vaccinated for the time being.

The  Robert Koch Institute (RKI) also writes in its FAQs on everything to do with the coronavirus that it can be assumed that people who have recovered “at least temporarily have a certain protection against illness”. And further: “Due to this assumed immunity after an infection, to avoid excessive side effects and in view of the existing vaccine deficiency, people who were previously sick with Covid-19 should, in the Stiko’s opinion, be vaccinated about 6 months after recovery, taking into account the prioritization.”

Can vaccination after illness or infection be dangerous?

So you don’t exclude vaccinating those who have already recovered in the future. And here comes the second question: Can this be dangerous? Because one thing is clear: there is also a proportion of around 30 percent of those infected who do not even notice their infection and therefore do not have themselves tested.

The  current consensus is: no. “So far there is no indication that the vaccination poses a threat after a Sars-CoV-2 infection that has already passed unnoticed,” emphasized Cichutek at the conference.

In other words: Anyone who knows about an infection with the Sars-CoV-2 coronavirus can wait and see. If the infection has already been more than six months ago, an appointment should be considered. You should always discuss this with a doctor beforehand.

The  same also applies if symptoms occur after the first vaccination dose. Because it may well be that you got infected around the vaccination appointment while the vaccination protection has not yet been established. Because a vaccination does not make you immune immediately after the injection is given. In this case, you should wait six months before administering the second dose, according to the RKI.

If you fear a stronger reaction, the RKI will refer you to the studies prior to the release of the vaccines: “

The  approval studies for the two mRNA vaccines also included participants who had previously been through a Sars-CoV-2 infection.

The  vaccination was not tolerated any worse by these people than by primarily seronegative study participants. ”

The refore, there is no need to do a PCR or rapid test for an asymptomatic infection or an antibody test for a previous infection before vaccination.

That’s why infected people should use the vaccination later

Findings so far show that people who have already survived Covid-19 can be immune for at least eight months – at least against the previous variants. But now the new coronavirus mutants are worrisome, in particular B.1.1.7 from Great Britain and B.1.351 from South Africa. Against B.1.1.7. seem to protect the body’s own antibodies quite well. Obviously it looks different with B.1.351. And these are certainly not the last mutants that we will encounter while Sars-CoV-2 makes its orbits around the world.

According to the Stiko, it is therefore conceivable to adapt the recommendations accordingly and to vaccinate those who have recovered after a certain period of time, as soon as enough vaccine is available. This could also mean that previously infected people only need a vaccination in order to receive sufficient protection – as a boost to the existing antibodies, so to speak. But more data is needed here.

New study data: One vaccine dose may then be sufficient

Some are now supplied by a new study from the USA that is currently in preprint. Researchers led by Viviana Simon from the New York Icahn School of Medicine were able to show that the immune system of previously infected people reacts to the first dose in a similarly strong manner as it did to the second dose of those who were not yet infected – in some cases the immune reaction was “first” after such a dose Booster vaccination “for those who have recovered even stronger and faster than after the second vaccination for those who have not yet had contact with Sars-CoV-2. According to the authors, this is an indication that one vaccine dose may be sufficient for those who have recovered.

Nevertheless, the researchers point out that those who have already recovered should weigh up whether and when this booster vaccination should be given. It is true that the symptoms after the vaccination are not fundamentally different from the usual ones. However, reactions such as fever, exhaustion, pain in joints and muscles and in the head as well as a shiver were recorded more often.

So it does not seem to be a bad way that the Stiko is considering: After an infection with symptoms, wait six months until the vaccination. We all have to pay attention to distance, hygiene and protection by masks anyway – and in a few months we will certainly have more information about vaccinations and the coronavirus.

Baschi and Alana: We’re getting married in summer

Riot after military coup – curfew and ban on gatherings in...

Matthias Walkner to return to the podium at the Dakar rally

Basic, bull and bear scenarios in the Corona Trilemma | ...