Now the tree is on fire in the dispute over the vaccine failure in Berlin and Brussels!

According to the BILD report on nasty, false allegations against the German vaccination heroes from Biontech, one of the country’s most powerful tax officials, attacking Brussels: Finance State Secretary Wolfgang Schmidt (50, SPD), the man behind Minister Olaf Scholz!

According to the BILD report, in which vaccine inventor and Biontech founder Ugur Sahin defends himself against the accusation of “Süddeutscher”, NDR and WDR of having insistently demanded up to 50 euros per vaccination can, Schmidt published a whole series of on Saturday Anger posts on Twitter. Main target: EU Commission chief Ursula von der Leyen (62, CDU).

►Schmidt: “I’m slowly getting mad at von der Leyen & Co .: First an attempt is made to discredit AstraZeneca (who don’t want to earn anything from the vaccine), now papers are apparently being scattered that suggest Biontech’s demands are too high.”

► “Regardless of the question that a significantly higher price would have made very good economic sense:

The  Biontech founder has now made it clear that they had already offered a lower price in the summer.”

► Schmidt called the BILD report, who is at least informed on all financial issues relating to vaccine purchasing on the German side, “did quite an impressive research. So why is this information not also provided by Brussels? ”

The n Schmidt responds to the EU’s answers to a catalog of questions from Finance Minister Scholz and the SPD countries to Health Minister Spahn and the EU: “As a reminder, the EU Commission’s evasive answer to questions from the SPD-led countries from January.”
In addition, he quotes the weekly newspaper “Die Zeit”, “… apparently in the summer there were 500 million cans from Biontech and over 300 million cans from Moderna”.

The  German State Secretary happily posts the failure of the EU Commission headed by the CDU woman von der Leyen: “Plus an overview of who bought what, when, of mRNA vaccines from Biontech and Moderna.”

The  graph clearly shows how slow and stingy the EU was compared to other industrialized countries such as the USA and Great Britain.

►And then the top official also completely clears up the EU’s defense strategy: “Because it is now repeatedly claimed that an earlier order would not have changed the delivery dates: On December 23, 2020, the USA bought another 100 million cans (from the agreed option from summer).

►In conclusion, he made a tough propaganda accusation of the EU Commission: “So: Please stop agitating in public or in the background against the great researchers. And do the real job. This is the only way to obtain the necessary approval for Europe and the EU. “

The  FDP foreign politician Alexander Graf Lambsdorff (54) to BILD: “You rub your eyes:

The  finance state secretary attacks the EU Commission and its president head-on. But when the people around von der Leyen defame these great researchers, I can understand the righteous anger of Wolfgang Schmidt. ”
RUMMMMMMSSSSS!!!

The  head of the Institute for Macroeconomics in Bonn, Professor Christian Bayer (University of Bonn) comments only laconically: “I admire your patience, that you only get ‘slowly’ angry.”

After the well-calculated attack by the man behind Vice Chancellor and SPD candidate for Chancellor Scholz, only one question remains: Are the CDU leaders and the Chancellery even further behind Ursula von der Leyen – and are they still ready to defend her publicly?

“The hospitals are extremely stressed”

Germany is looking for the superstar: DSDS 2021 on February 20, 21: Mike Singer in portrait

Infection numbers are increasing again – why is that?

Suspect in custody for explosive mail

Hanover: Corona outbreak in the psychiatry of the MHH | NDR.de – Nachrichten – Lower Saxony

British virus has long been around in the region

Four questions about the crime scene from Stuttgart: “This is our... 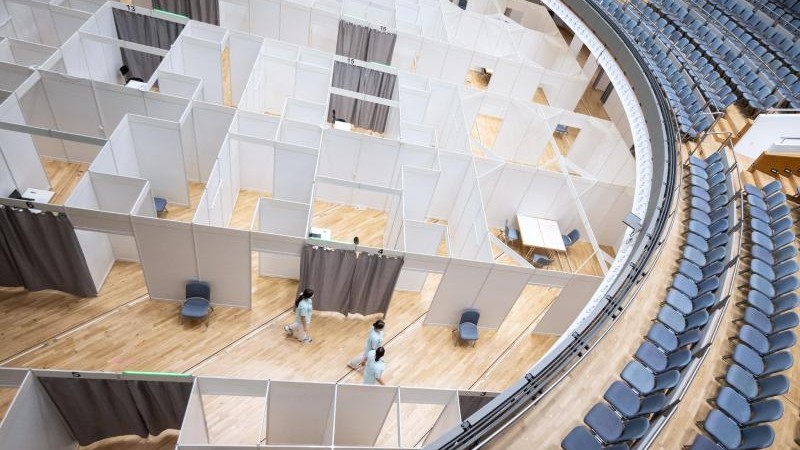 Health – Stuttgart – “Beginning of the end of the pandemic”:...