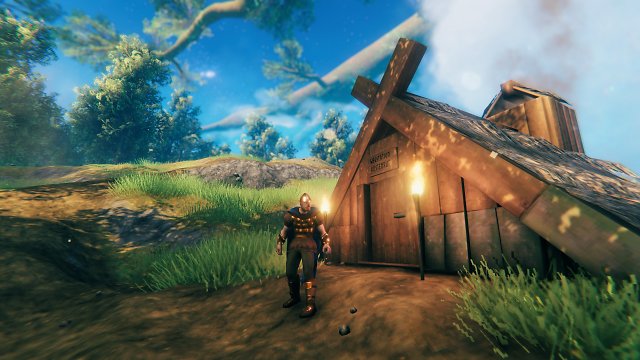 The  modification Valheim Plus for the popular survival game Valheim supplements the title with numerous features, which are primarily related to the construction options. For example, it is now possible to position your own structures much more precisely. In addition, numerous in-game values ​​can be adjusted via a configuration file.

The  survival game Valheim is currently on everyone’s lips and impresses with its unique graphic style and deep atmosphere. On Steam, almost 96 percent of the more than 70,000 reviews are positive, which is enough for the rating “extremely positive”. This makes Valheim an exceptional title despite its early access status. Incidentally, the growing modding community is working on making the game even better in the future.

A first attempt at this is called Valheim Plus and represents a first major expansion for Valheim. With Valheim Plus you can make numerous settings in your world via a configuration file. This includes, for example, adjusting the stamina consumption, the amount of load that the character can carry and the speed at which the in-house blast furnace works. Another important feature is the new construction options.

Valheim Plus does not add any new buildings or objects to the game, but rather offers the player new options for positioning the structures. For example, the position and the rotation can be adjusted much more precisely. To install Valheim Plus, you only need to download the relevant ZIP file and unzip it to the / Steam / steamapps / common / valheim directory. Further information on the application can be found on the Nexusmods Page of Valheim Plus.

The  best tips for better performance

We show the best tips and settings for Valheim to get more Fps out.

In an interview, the chief developer of the latest indie hit Valheim explained what the players of the Viking survival game can expect in the future.

Valheim is not always running optimally technically despite the completed Early Access phase, but players can use a few tricks.

Image gallery for “Valheim Plus: More construction options thanks to modifications”

Romain Grosjean after the inferno crash: “I was ready to die,...

Round of 16 of the Champions League: Bayern against Lazio, Leipzig...

Bank Austria expects a new recession in Austria in winter

CoD Cold War: PS5 irreparably damaged by shooter – according to... UK government calls for warning labels for “The Crown”

At the Bayer Elberfeld plant, active ingredients for Covid-19 vaccines are...