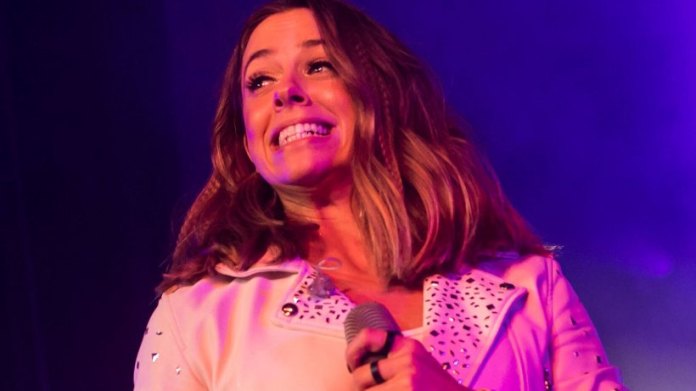 Oops, that should be a little different. Although the hit star wanted Vanessa Mai sexy dancing. But it shouldn’t be that sexy.

Wanted to be on Instagram Vanessa Mai try in a new dance challenge.

The  pop singer danced in a wide gray shirt at first and then changed into a super tight dress the next moment.

The n it happens

So far, so normal. After all, this type of video has been standard on social media channels like Tiktok or Instagram for some time.

But with Vanessa Mai the dance went wrong. Because just as Vanessa Mai started twerking in a tight dress, the dress slipped up, exposing her entire bottom.

Oops, a frightened look from the singer, an amused look from the men in the background and a huge joy among the Instagram followers of the “Jeans, T-Shirt and Freedom” singer.

Whereby she should not have meant the uncovered ass on Instagram when she said freedom in the song. Anyway.

This is Vanessa Mai:

Friends and fans celebrate Vanessa Mai for being able to laugh at her ‘mishap’ and even uploading it to Instagram.

Vanessa Mai lolls in hot lingerie – but that’s not the only surprise for her fans! “Oh my God”

Vanessa Mai: When HER name is mentioned, the singer freaks out – “Why haven’t we met?”

A fan also celebrates Vanessa for her ability not to take herself too seriously. He writes: “Haha, Fail of the year. It’s cool that you can laugh at yourself! “

Vanessa Mai likes to be sexy. But something can also go under.

The  Vanessa Mais concert in Cologne two years ago was very emotional. What happened?

Corona in Berlin: the number of deaths increases, 17 new cases

Hard Brexit threatens: EU and UK will not agree – no...

GitHub ranking: Java has to suffer, Microsoft language is soaring

AI – artificial intelligence can predict psychoses at an early stage...

How DIY stores benefit from the corona pandemic