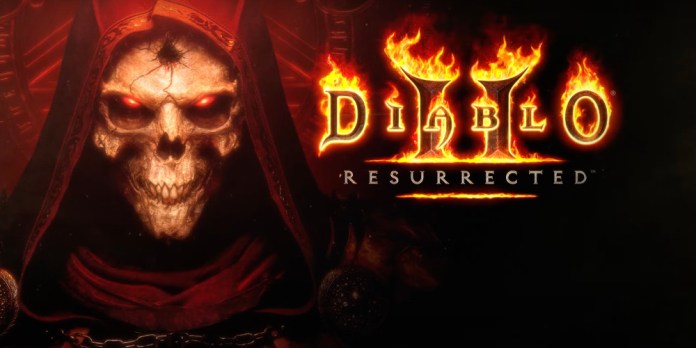 The  announcement of Diablo II: Resurrected at this year’s BlizzConline certainly made long-established players many bright eyes – but also mixed feelings. This is hardly surprising, since Blizzard Entertainment recently caused lively discussions with the release of Warcraft III: Reforged and received harsh criticism for the approach.

In contrast to the revised version of the role-playing game, Diablo II: Resurrected comes from the pen and the fingers of the American developer studio Vicarious Visionswho recently dealt with the outstanding technical new editions of Crash Bandicoot N. Sane Trilogy and Tony Hawk’s Pro Skater 1+2 have built a great reputation in the video game world.

Diablo II: Resurrected is still out during the year for various platforms – including the Nintendo Switch. But this is not a remake, but a remaster of the classic from 2001. All game mechanics have been retained and only the graphics have been adapted to the present day: a two-dimensional becomes a three-dimensional graphic. Another exception is the animated cutscenes, all of which are the settings from the original game, but will also shine in a new look.

In one Interview with our American colleagues from Polygon the two responsible developers Rob Fergusson and Rob Gallerani spoke shortly after the official announcement about the upcoming remaster and the differences between Diablo II and Diablo II: Resurrected. We have translated the most important and interesting passage of the interview for you below:

Diablo II: Resurrected is not a remake, we are not developing it from scratch. But we’re doing our best to make it look and sound like the original game. It’s Diablo II and it’s still under the surface.

The  entire simulation, the engine and what made Diablo II what it was then (note d. Red: also the bugs at the time) is under the new guise. But there is a switch behind the curtain, a very old switch that, as soon as you press it, opens a curtain and brings out Diablo 2 with its well-known 2D sprites and all the splendor of that time – and thus every Diablo II can be played like that can as it was played 20 years ago.

Diablo II: Resurrected will be available later this year for € 39.99 for the PC, the current generation of consoles and in the Nintendo eShop for the Nintendo Switch – there is currently no information about a possible commercial version of the remaster. You can also find all previous information about the exact content and differences on the official site of the game.

Do you trust Vicarious Visions in the development of Diablo II: Resurrected or do you not quite believe in a successful remaster of the rather aged classic?

Gay “Take Me Out” in early January on RTL

WHO on corona origin: bat thesis most likely