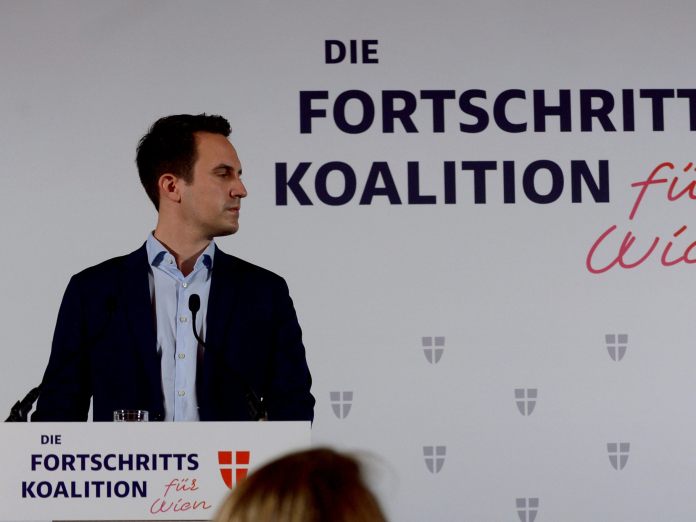 The  platform was presented on Monday.
© WHAT / HERBERT PFARRHOFER

On Monday, the red and pink city government presented a “whistleblower platform”. This is intended to enable anonymous information to be entered, for example in the event of suspected corruption or economic crimes.

The  red-pink city coalition in Vienna presented a “whistleblower platform” on Monday. This “Viennese whistleblower system”, as SP Mayor Michael Ludwig prefers to call it, is intended to enable anonymous reports to be entered in the event of suspicion of corruption, economic crimes, bribery, wasted taxes or compliance violations – and all this under absolute anonymity, such as his vice, Christoph Wiederkehr (NEOS) held on.

Return: Platform is an “important milestone”

Wiederkehr described the platform as an “important milestone” in the area of ​​transparency and the fight against corruption. He is also “proud” that the joint government work was able to get this off the ground so quickly. This is intended to strengthen confidence in politics and public administration. Because both are “scratched” by the discussions at the federal level.

But it is also about averting “damage”, said the Vice Mayor, who manages the area of ​​transparency in his department. And it is also about protecting people who report the damage. Wiederkehr called it a “fairness platform”, with this a fear-free space is created.

The  anonymity of the whistleblower is absolutely guaranteed. “Something like this does not yet exist at community level in Austria – we set standards with it,” said Wiederkehr.

Ludwig: “We see ourselves as pioneers in Vienna”

Ludwig saw this once again confirm Vienna’s “pioneering role” in the area of ​​transparency: “We see ourselves as pioneers in Vienna.”

The  mayor referred to Vienna’s first place in the Index of Transparency International 2019.

With the “whistleblower system” you are now taking the “next step”, says Ludwig.

The  Vienna anti-corruption hotline, which has existed since 2005, will be expanded. Now it is possible to submit information easily accessible under accessibility at any time of the day or night.

Reports are followed up “depending on salary”

The  internal auditing department is then responsible for the information; its task is to check what should happen with this information. However, each report should be followed up, of course “depending on the salary”.

The  consequences can then be of a criminal or service law nature.

The  platform starts today, Monday. A written report is not planned, says Wiederkehr: “We will in any case receive reports.”

Opposition with criticism of a new project

The  opposition gained little from the presentation.

The  Viennese FPÖ boss Dominik Nepp even located a “disgrace of the special class”. Nothing was left of the “well-announced NEOS measures”, except for the announcement of a “whistleblower platform” without further details.

Similarly, the criticism of the ÖVP, which also sees numerous details openly, such as the question of a regular and transparent report on the activities of the platform. Corruption can only be fought effectively if the fight against corruption is presented transparently, say VP City Councilor Bernadette Arnoldner and club chairman Markus Wölbitsch.

For the club chairman of the Greens, David Ellensohn, the SPÖ is apparently trying to divert attention from the “Causa Nevrivy”. Ernst Nevrivy (SPÖ), head of the Donaustadt district, is being investigated on suspicion of corruption because of a property deal. “Instead of using thin platforms to distract, it would be a sign of real transparency if the allegations against the Donaustadt district administrator were now quickly cleared up,” said Ellensohn. For “real transparency” in Vienna, “skilful action against old structures and far-reaching parliamentary control” is needed.

Sakuna: Of Rice and Ruin has sold over 500,000 copies worldwide

After a choke attack: will Arsenal now sell Xhaka?

“Brexit Deal”: These are the answers to the most important questions

Live: Lockdown until February 7th: Instead of easing, tightening comes