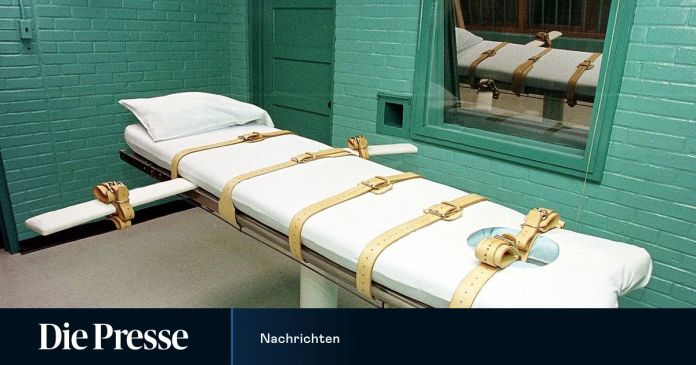 “It is time we put an end to this machinery of death,” said a statement. Virginia has carried out more executions than any other US state.

In the United States, 22 of the 50 states have so far abolished the death penalty. And a 23rd state should be added shortly: Because in the US state Virginia Both houses of parliament voted for the abolition, with only the signature of Governor Ralph Northam missing. His approval is considered certain. Virginia is thus the first southern state to remove the death penalty from its penal system.

“This is an important step forward to ensure that our criminal justice system is fair and equitable,” said Northam on Monday in a joint statement with House Chairwoman Eileen Filler-Corn and Senate Majority Leader Dick Saslaw.

Virginia with a record number of executions

“In Virginias In a long history, this state has executed more people than any other state, “the statement said.” It is time we put an end to this machinery of death. “

The  death penalty is not a fair and effective instrument of criminal justice, it said Since 1976, there have been 113 executions in the state, according to the Death Penalty Information Center.

Overall, the death penalty is on the decline in the United States. In many places this has to do with changing public opinion, but also with increasing difficulties in obtaining the necessary substances for lethal injection. In addition, the death penalty tends to lead to lengthy – and costly – litigation.

Interview with Minister of Labor Kocher: “It was a big step...

Landtag – Stuttgart – Kretschmann: Home office rules do not give...

Weather in Germany: Bad weather below, mostly winter weather above! ...

Investment market: residential and office are ahead