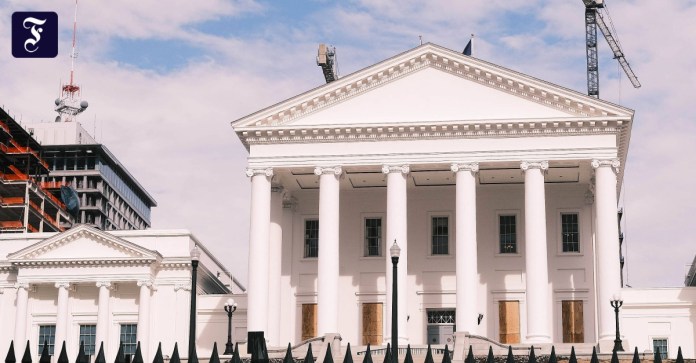 IIn the American state of Virginia, the death penalty is abolished. Both houses of the state parliament voted for the abolition, leaving only the signature of Governor Ralph Northam missing. His approval is considered certain. “This is an important step forward in ensuring that our criminal justice system is fair and equitable,” said Northam on Monday in a joint statement with House Chairwoman Eileen Filler-Corn and Senate Majority Leader Dick Saslaw. In the United States, 22 of the 50 states have so far abolished the death penalty.

“In Virginia’s long history, this state has executed more people than any other state,” the statement said. “It is time we put an end to this machinery of death.”  The  death penalty is not a fair and effective instrument of criminal justice, it said. Since 1976, there have been 113 executions in the state, according to the Death Penalty Information Center.

The  death penalty is on the decline in the United States as a whole. In many places this has to do with changing public opinion, but also with increasing difficulties in obtaining the necessary substances for lethal injection. In addition, the death penalty tends to lead to lengthy – and costly – legal disputes.

In 2020, a total of 17 people were executed in the United States by five states and the federal government, according to the Death Penalty Information Center.

Coronavirus – Sputnik wants to land in the EU Alain Berset and Lukas Engelberger on the corona situation

Joseph Stiglitz on the danger of inflation and cryptocurrencies

Knife attack with three seriously injured in a Swedish city

Important data: If the vaccination certificate is lost

Protection against Covid-19 – old people’s homes are through with the...