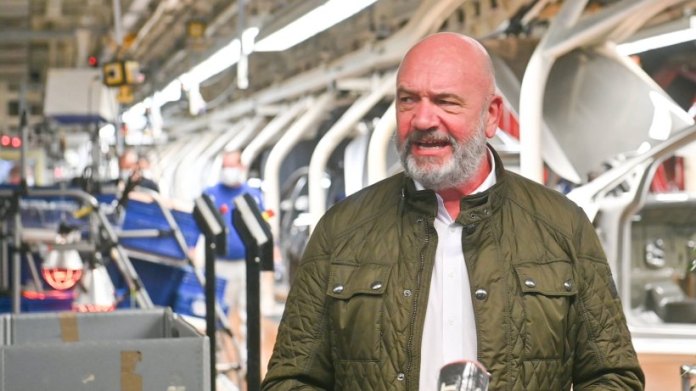 Wolfsburg.  The  VWPlant in Wolfsburg is facing a problem!

Orders are there, but material is missing, reports the “Braunschweiger Zeitung”. A circumstance that above all VWWorks council chief Bernd Osterloh annoys.

VW factory faces a problem: THESE parts are missing

Missing semiconductors have been causing problems at VW and other car manufacturers for weeks.

The  result: At the beginning of February, Volkswagen applied for short-time working at the Wolfsburg main plant and the Emden plant, among others. Golf and Tiguan production had to be partially suspended. You can read more about this here <<<.

And there seems to be no end in sight. Because not only the missing semiconductors would cause problems, but also too few battery cells. And that is particularly annoying because the group’s order books are full. Above all, the demand for the golf is great.

VW accidentally advertises ID.3 on the right-wing populist side – that’s how the group explains its mistake

VW has reason to celebrate! HERE the Tesla group drives away

VW employees can take time out – the company makes this great offer for employees!

Osterloh: “Someone has probably misjudged the demand”

Osterloh complained to the “Braunschweiger Zeitung”: “Somebody probably misjudged the demand”. According to the works council boss, this could be due to VW and the suppliers having incorrectly calculated the developments of the corona crisis.

You can read how the group now wants to counteract the bottleneck at www.braunschweiger-zeitung.de. (abr)

“AirPods Pro Lite” are coming: the date and price have been...

“Real” Bitcoin vs. BTC Securities: Is there a threat of price...

Tekken director works on the most expensive project in Bandai Namco’s...