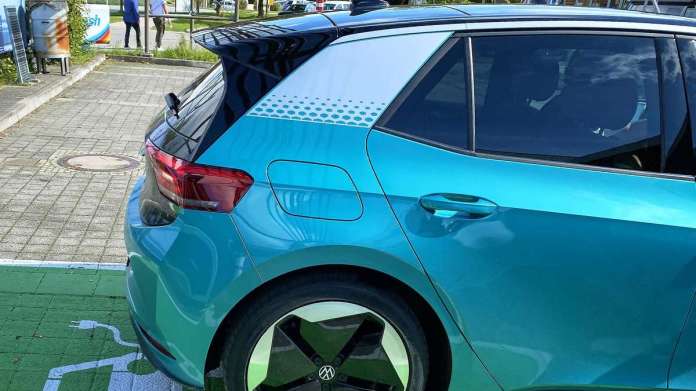 Tesla was the undisputed top dog in electric cars. But VW is now picking up speed. Barely half a year after the ID.3 was launched, the group has overtaken Tesla. And that is just the beginning.

Wolfsburg / Munich – Tesla is a nightmare for traditional automakers: within a few years, the electric car pioneer from the USA has developed from an outsider to an innovative, successful company. Elon Musk * was able to steer the company out of the red and the share price * has soared.

In some places, the German auto industry is even proclaimed the farewell, given the alleged backwardness * in matters of digitization, autonomous driving and electric mobility. However, that this scenario does not correspond to reality, shows the recent development with regard to the sales figures.

Most of the electric cars recently sold not Tesla, but the VW Group. This is confirmed by a comparison by the management consultancy AlixPartners from the fourth quarter of 2020. Because while the US company only sold 181,000 vehicles, Volkswagen * was able to sell slightly more models: Europe’s largest carmaker managed to sell 192,000 electric vehicles with all group brands.

The  “Automotive Electrification Index” has a flexible interpretation that plays into the Wolfsburg’s cards and has a detrimental effect on Tesla *: Not only pure electric cars, but also plug-in hybrid models, are included in the evaluation. and in addition to an electronic power supply, they also have a combustion engine on board.

The se include PHEV offshoots that are popular at VW, such as the Golf GTE or Passat GTE.

The  VW Tiguan is another bestseller from the brand *, which is available as a plug-in hybrid.

Tesla, on the other hand, does not have a hybrid vehicle on offer, but only produces electric cars. In addition, the sales success of VW extends over several brands, since with Audi *, Porsche *, Skoda or Seat it owns other suppliers who are increasingly focusing on electrified cars. Finally, CEO Herbert Diess is converting the group with a comprehensive model offensive * for the age of e-mobility.

At the house brand, the portfolio of “thoroughbred” e-cars continues to grow: In addition to the VW Golf counterpart ID.3 *, which is suitable for the masses, the Group will be adding two more VW electric cars to its range in 2021: the SUV van ID. 4 can be ordered, with the VW ID. 5 a coupé version will also be produced in a few months, as brand boss Ralf Brandstätter confirmed.

The  new electric car will also roll off the assembly line at the Volkswagen plant in Zwickau from autumn. (PF) * Merkur.de is an offer from the Ippen Digital Network

Attention! Important news for German drivers in the Czech Republic...

US lawyer fights with zoom filter: “I’m not a cat”

“Threatening residency law” in Berlin: Deportation failed – because the corona...

FC Bayern | Kimmich: That was the decisive step on...