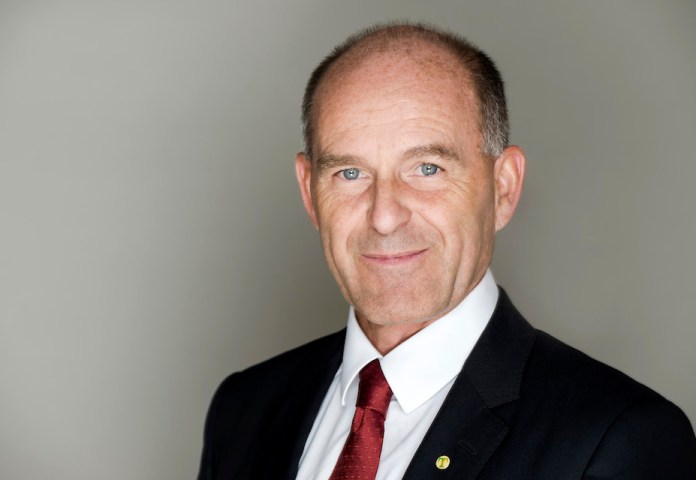 Three years after the disappearance of Tengelmann billionaire Karl-Erivan Haub in the Swiss Alps, his brother Christian supports costly investigations to find out what actually happened back then.

Business Insider has confidential reports in which the Tengelmann investigators establish connections between Karl-Erivan Haub and the Russian secret service FSB.

Some of the dossiers have been under lock and key for years – and have apparently never been handed over to the authorities.

Karl-Erivan Haub is not the only extreme athlete who has disappeared in the Swiss Alps. But “Charlie”, as he was often called, is the richest of them. And so, three years after his disappearance, there is still an investigation into what really happened on that April day on the Klein Matterhorn. According to information from Business Insider, Tengelmann boss Christian Haub is supporting extensive private investigations aimed at solving the mystery of his brother.

While the helicopters were still circling over the ski area with thermal imaging cameras in search of Karl-Erivan Haub (KEH), a team of experts around the company’s head of security began to collect astonishing information.

The re is the suspicious couple who sat in the lobby of the hotel where Karl-Erivan Haub stayed while they were searching for a rescue.

The re is the inexplicable instruction from Haub to the pilot of a private jet to fly to the Swiss ski area at short notice, even though the weather there was bad.

The re are previously unknown phone calls that KEH made the day before his disappearance. And there are these many traces that lead to a double life in Russia.

According to Tengelmann reports, there are links between family members and the FSB

The  confidential reports from Tengelmann Security, in which the pieces of the puzzle were put together, must have worried Christian Haub. Using numerous circumstantial evidence and statements by third parties, the investigators have come to the conclusion that Karl-Erivan Haub should have had connections with the Russian secret service. According to the documents, his father Erivan is said to have recruited close business partners for the FSB. Confidants of the Haub family, however, consider the latter to be unlikely, since Erivan was a big America fan and friend of the former Pepsi boss Donald Kendall, who had maintained good contacts with the CIA for years.

None of this can be read in the files of the criminal police. Christian Haub is also said not to have taken into account the monstrous theories of his experts for a long time. Since he took over the helm at Tengelmann, he has rather been concerned with the dispute with Katrin Haub, KEH’s wife and current care worker. Christian wants to buy the shares from his brother and his children. After years of struggle, the only thing that matters is the price.

After a presentation by the managing director of Tengelmann Sicherheit und Service GmbH at the end of last year, the CEO gave the green light for further research in Russia. This costly job, sometimes involving intelligence-gathering methods, gives the impression that parts of the Tengelmann clan really think anything is possible. When asked, Christian Haub’s lawyer, Prof. Mark Binz, declined to comment.

The  secret lover, “Scarface” and a bank manager close to Putin

In fact, the clues in the Tengelmann files fire far-reaching fantasies: According to this, KEH had a close relationship with the Russian, Veronika E. For many years, further investigations would have shown that the businesswoman apparently had an intelligence training and was used as a “decoy” .

The  Russian passport with the hood was able to enter and leave the country inconspicuously to meet E., allegedly organized by the Russian mafia, according to the research. With the help of telecommunications data, Tengelmann Security was able to determine, according to information from Business Insider, that KEH had spoken to Veronika E. for 30 minutes the day before his disappearance. 24 hours later, she is said to have gone into hiding with her mother. When detectives were on the heels of Veronika E. on behalf of Tengelmann, the investigators are said to have received threats in a hotel in St. Petersburg, according to records.

Another report on Tengelmann’s activities in Russia also mentions the name Sergey Grishin. He appeared as a business partner in property deals for Plus branches between Moscow and St. Petersburg around 2010. In the case of the joint venture, an amount in the double-digit millions from the German retail group disappeared without a trace. Coincidence or not: At the same time, Grishin, known as “Scareface”, as the head of Rosevrobank at the time, was at the center of a billion-dollar money laundering scandal in which, according to “

The  Guardian”, Russian secret service funds were also smuggled abroad. According to Business Insider research, the Tengelmann billionaire also phoned Grishin for an hour the day before he disappeared. What the two talked about is not known. Grishin most recently appeared in mid-2020 when he sold his Californian villa “Chateau of Riven Rock”, which he acquired in 2009 for around 25 million dollars, to Prince Harry and his wife Meghan for almost 15 million dollars.

KEH has been warned about the Russian mafia in the past

The  descriptions in the secret dossiers are reminiscent of another dark chapter in the company’s history. Between 2008 and 2015 KEH hired the private detective agency Adato to monitor his surroundings. With every risk report by the investigators, the lucrative order expanded.

In the course of the “Sissi” operation, during which KEH had his own brother Georg spied on, all alarm bells rang when the detectives came across Francisco C.

The  bank manager had the confidence of Georg, but was classified by the investigators as highly dangerous. At the end of the 1990s, C. was the head of the German company St. Petersburg Immobilien AG, on whose advisory board Vladimir Putin sat and which was long suspected of laundering funds for the Russian mafia. A preliminary investigation by the public prosecutor’s office was discontinued due to the statute of limitations. This information was reason enough for KEH to remove C. again from the family environment. As Business Insider learned from circles of the Tengelmann clan, C. reappeared at Georg’s side months after KEH disappeared. “That worries us,” says the family from security circles.

The  circumstantial evidence and statements that the private investigations have produced over the past three years do not yet provide any proof whether KEH actually acted as a spy.

The  reputational suspicions in the Tengelmann reports could still play a role in the dispute between Christian Haub and his sister-in-law Katrin Haub.

The  two family lines are currently trying to agree to sell the shares of “Charlie” and his children to Christian. Should this still fail because of the price, Christian’s lawyer Mark Binz has already publicly announced that he will exclude the “Cologne trunk” from KEH for an important reason. Connections to criminal or foreign secret service organizations would be one reason in this case.

Press review on the burqa ban – “A victory of ignorance”

Mask affair of the CDU | Klingbeil: “Have to pay back this million”

Bosch plans to open its new chip factory in June

Death of nurse: No indication of error in vaccination of Astra Zeneca

The next top CPU is shown in benchmarks 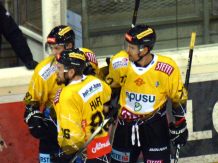 Supervisory board member of TSV 1860 Munich resigns from office

Biathlon in the live ticker: The men’s sprint in Hochfilzen on...