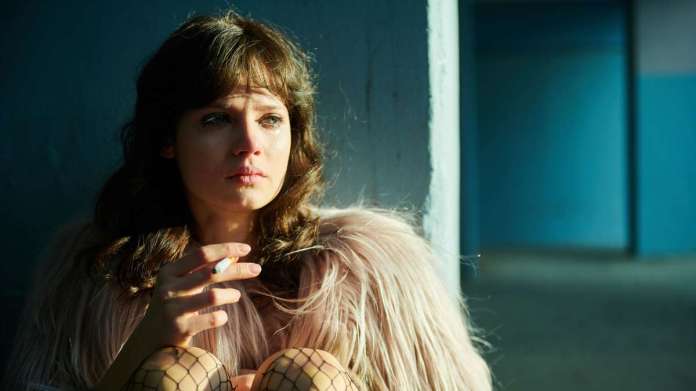 Amazon implemented the book “Wir Kinder vom Bahnhof Zoo” as a series. While many viewers are enthusiastic about the production, others have a lot to complain about.

“Better read the book or watch the movie from the 80s,” wrote an IMDb user as the headline of his review. Sentences like this one reads more often in connection with the Amazon series “Wir Kinder vom Bahnhof Zoo” *.  The  company has decided to adapt the classic book. Prime users have been able to see the series for themselves since February 19, 2021.

Although the story of Christiane Felscherinow is known throughout Germany, the Amazon series does not have to be an automatic success. On the contrary: adaptations of well-known material are often stumbling blocks for filmmakers. Just recently, the Netflix novelty “Fate:

The  Winx Saga” caused a sensation, as the real film version no longer has much in common with the cartoon series. Many viewers express similar reviews in relation to “We children from Bahnhof Zoo”. In the following we summarize how the first reactions to the Amazon series were.

“We children from Bahnhof Zoo”: This is how the Amazon series was rated by the audience

Amazon Prime Video integrates the IMDbRatings, so subscribers can see at a glance how well a movie or series was received by viewers. Ten stars represents the top rating. This dream result is “We children from Bahnhof Zoo” but relatively far away.

The  series is currently coming up 5.5 stars (As of February 23, 2021). For comparison: the five German Netflix series with the best ratings have between 7.6 and 8.8 stars.

also read: “We children from Bahnhof Zoo”: Will there be a second season of the Amazon series?

“We children from Bahnhof Zoo”: negative reviews and praise for the Amazon series

If you look at the IMDb-Reviews a little more closely, viewers criticize similar aspects. Among other things, one is criticized Much too glamorous-looking staging a dark drug story. Although the Amazon series also illuminates the tragic experiences of the six teenagers, in the end the visual design is still too chic in many eyes. Some IMDb-Users even say they tend to have the feeling that drug use is being glorified. In addition, some viewers warn against expecting the series to be a detailed adaptation of the book of the same name.

The  makers have taken some liberties, which is why the scenery and the costumes do not always remind of the 70s.

Like all works of art, series are known to be a matter of taste. On IMDb Other users explain why they liked the production very much: “Great and fantastic pictures, great camera work, very well acted and a really catchy, dramatic and exciting story. Stick to it until the third episode without comparing the series with the book or the film and you will very likely rate the production better than you initially thought, ”explains a IMDb-User who gave nine stars. So opinions on the series are very divided. If you are “We children from Bahnhof Zoo” have not yet seen, it is therefore advisable to start the 1st season as impartially as possible – and, according to the viewer just quoted, to stick with it at least until the 3rd episode. (soa) * tz.de is part of the Ippen-Digital network.

The se Netflix series will continue into 2021

The  Witcher” in 2020. However, the corona pandemic has thwarted these plans. If everything goes well, nothing stands in the way of a start in 2021. © Katalin Vermes / Netflix

The  Umbrella Academy were released. Unless Corona intervenes, the makers could be very quick again and make the 3rd season available as early as 2021. © Christos Kalohoridis/Netflix

The  5th season of “Riverdale” will probably be postponed.

Actually, the 5th season of “Riverdale” should be released in autumn 2020. However, there have been delays due to the pandemic. Instead, the new season will start on January 21, 2021. © Katie Yu / Netflix

The  turbulent train ride in the “Snowpiercer” continues. Netflix will be showing new episodes as early as January 26, 2021. But be careful: the individual episodes are published on a weekly basis. © Netflix/TNT/YouTube

The  production of the third season of “Virgin River” is said to have already started. Since the shooting is likely to be less time-consuming compared to fantasy or SciFi series, a start in 2021 is quite conceivable. © Netflix

The  first preparations for production have probably already started. If everything goes well and Corona doesn’t thwart the makers of “Biohackers”, the second season of the German series will probably appear this year. © Marco Nagel

In the icy bubble of Heerenveen

Duchess Meghan: Insider on the miscarriage: “They were shocked at how...

5: 1! Salzburg doesn’t give Innsbruck a chance

UN report on climate targets: On the way to three degrees...

Painting for 20 euro bill in the new year

Carmen Geiss shares photo: fans surprised when they see THAT on...