The  weather in Hesse and Lower Saxony remains wintry for the time being:

The  snow is followed by freezing rain on Monday – and with it locally extreme slipperiness.

+++ 5.14 p.m .: After the DWD the warning level for several counties in Lower Saxony and Hessen has increased, the more stringent warning was extended to 8 p.m. for the districts of Northeim and Waldeck-Frankenberg. In addition, there is now an official warning of frost for several regions until 6 p.m. on Tuesday (February 16, 2021). This occurs between minus 1 and minus 5 degrees.

The  warning applies particularly to regions in north and in the Not from Hessen. At times, with light snowfall, amounts between one and three centimeters must be expected. It is spreading smoothly, so the DWD.

Due to the weather in the last few days, bus and train traffic can only be guaranteed to a limited extent and only partially resumed.

The  NVV reports. It is always advisable to check the connection before starting your journey.

The  warning from the German Weather Service black ice in the next few hours can lead to disabilities and cancellations in local public transport.

The se connections have been discontinued for the time being:

+++ 3:25 p.m .: After the DWD issued warnings about black ice in the morning for several districts in the north of Hesse and south of Lower Saxony, these were initially tightened for the Waldeck-Frankenberg district.

The  DWD has also raised three more districts and the city of Kassel from black ice warning level 2 to 3.

For the Schwalm-Eder district, the county Northeim as well as city and district Kassel now also applies Smoothness warning level three – probably until 5 p.m. Here, too, it is now important to avoid unnecessary car journeys and ideally stay at home.

The  official severe weather warning of DWD in front black ice was tightened for one county.

The  notification is still valid until 5 p.m. on Monday evening. Because of the freezing (spray) rain must be in Waldeck-Frankenberg district black ice can be expected.

Furthermore, road and rail traffic can through the Weather be severely disabled. Car trips should be postponed if possible.

The  DWD warns for Waldeck-Frankenberg: “Stay in the house!“

+++ 12.23 p.m .: Of the DWD has his storm warning because of Black ice specified and issued warning messages for some districts in the region.

The re is a warning against local black ice of level 2 of 3. This can cause severe obstructions in road and rail traffic: “Avoid driving“, It says in the warning message.

Weather in Hesse and Lower Saxony:

The re is a risk of local black ice

The  Weather in Hessen and Lower Saxony will remain frosty cold on Monday (February 15th, 2021) – and it will be more dangerous ice rain added. Of the German Weather Service (DWD) in Offenbach warns locally of extreme smoothness.

The  DWD warns that freezing rain can be expected from the west on Monday morning and that there is a considerable risk of black ice. According to this, the rain should head east during the day, where it turns into snow.

The re should be between 3 and 10 centimeters of fresh snow here.

The re is also a local risk of black ice in the east of Lower Saxony, as a spokesman for the DWD said at the request of the German Press Agency (dpa). “Motorists need to be carefulHe explained.

The se are the prospects

The  German Weather Service writes: “A strong high shifts its focus from Saxony to the Czech Republic. It determines with arctic polar air the weather in Lower Saxony and Bremen. On Monday, an Atlantic low ridge spreads to northern Germany. This changes the weather situation, with a south-westerly current bringing in mild sea air. ”According to the DWD, there will also be freezing rain in Lower Saxony from Monday morning, as well as kreiszeitung.de* reported.

The  Temperatures move on Monday morning in western Lower Saxony at plus one degree. At minus 3 to minus 10 degrees it is significantly colder on the eastern border. During the day, the maximum values ​​in the Emsland are between plus 2 and 4 degrees, between Hamburg and Göttingen between 0 and 2 degrees. For the night of Tuesday (February 16, 2021) thick cloud cover is expected, locally it will come back snow and Regen – the danger heavily iced roads remain for the time being

The n the weather in Lower Saxony will be milder: On Tuesday, temperatures with maximum values ​​of 4 to 9 degrees are expected during the day.

Weather in Lower Saxony: So far no accidents on the motorways – regional traffic disrupted

Despite the risk of storms, the traffic situation was on Lower Saxony Highways quiet early Monday morning. “

The  streets are dry, there are no accidents,” said a spokesman for the Braunschweig motorway police of the dpa.

Owing to black ice and severe frost is the Regional traffic in Lower Saxony and Bremen severely restricted. In many places, there can be delays and cancellations on Monday, like the Deutsche Bahn communicated.

Blocked platforms could also mean that there is no stop, for example at the S3 from Hannover in the direction of Hildesheim. S-Bahn trains between Celle and Hanover main station and the express line from Seelze to Hameln do not run until the end of the day.

The  others restrictions im Bus and rail transport should be gradually lifted during the day.

Weather in Lower Saxony: Some ICE connections are canceled

Of the Long-distance transport in Lower Saxony on the other hand, it is less because of the frosty winter Weather limited. However, weather-related delays and cancellations during the course of Monday must still be expected. Trains are delayed on the route between Kiel / Hamburg and Switzerland as well as Hamburg / Bremen and Munich – they are between Hannover and Göttingen diverted. Trains from Stralsund via Hamburg to Karlsruhe are no longer available between Hamburg and Karlsruhe. Trains between Berlin and Frankfurt via Braunschweig will also be omitted.

Weather in Hessen: danger of black ice from midday onwards

Of the DWD also warns for Hessen in front black ice: From noon sets locally freezing Regen on, reports the weather service from Offenbach, initially still with snow mixed.

The  freezing rain therefore spreads throughout Hesse in the course of the afternoon.

In the sheltered valleys in North Hesse as well as in the mountains, slight permafrost is expected on Monday with maximum values ​​of minus 1 degree. In the night of Tuesday it remains frosty at 0 to minus 2 degrees in Hesse, in the mountainous region the temperatures can drop to minus 4 degrees. In some parts of the Rhine-Main area it remains loud DWD partly frost-free. Also on Tuesday night continues Danger of slipperiness by freezing moisture and Slush, locally also by freezing rain or drizzling rain. (Diana Rissmann with dpa) *Kreiszeitung.de is part of the nationwide Ippen digital editorial network.

Through the so-called “Lake-Effect“Is in Lower Saxony A lot of snow has fallen locally in the past few days – that’s the prospect. (Diana Rissmann) * Kreiszeitung.de is part of the nationwide Ippen digital editorial network.

Government resolutions on Corona – Zurich wants to give vaccinations free...

This is how his strange debut for FC Barcelona went

Soccer – Frankfurt am Main – Eintracht wants to end the...

Black money: Turkey does not deliver bank details to Germany –... 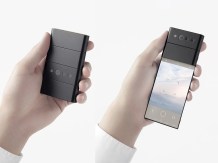