Munich will wake up from its hibernation in the coming week. Lots of sun and mild temperatures lure you outside. February will not be record-breaking.

Update from February 20, 9:50 a.m .: Bright sunshine greeted the people of Munich on Saturday morning. In addition, the thermometer climbed to seven degrees in the early morning hours. A foretaste of the temperatures that can reach up to 15 degrees. And so begins the first week of spring 2021. Until Friday says wetteronline.de temperatures of up to 17 degrees ahead for the state capital. Plus plenty of sun. It can only get fresh at night. If the values ​​are still below zero degrees at the beginning of the week, they rise to plus two degrees over the course of the week.

Even if the temperatures are far too warm for the time of year:

The y probably won’t scratch the record value for February.

The  highest measured value for Munich dates back to 1990. On February 25th it was an unbelievable 21.4 degrees. This year’s February will not be able to top that.

On the contrary. Winter doesn’t give up yet. Another change of weather threatens from next weekend.

The  temperatures are rushing back to ten degrees and they will probably drop even further in the first week of March. A low pressure area with cold air from Russia is already on its way to us.

The  probability that it will be really fresh again in March is great.

Change in the weather is a problem for allergy sufferers

Update from February 19, 9.48 p.m.: Bright sunshine and up to 15 degrees in the shade. That is the forecast for tomorrow, Saturday in Munich and the surrounding area. Unfortunately, one endangered group is left behind – allergy sufferers. Because the hazelnut bushes are already blooming and spreading their pollen.

The  air pollution with hazel pollen is estimated by the DWD for all of southern Bavaria, including Munich, to be medium.

The  measurement data from the past two decades show that the pollen count starts earlier every year. Bad news for all allergy sufferers. If you have the reactions to the pollen well under control with medication, you may still be happy with everyone else. Spring will come from tomorrow. Even if not for long.

The  long-term forecast for Munich and Bavaria can be found below in the article.

The re is still not much to see of spring weather in and around Munich. But according to forecasts by the weather portal, that should work out wetter.com change very soon. Today, Friday, February 19, the morning will still be wet and cool, the temperatures will peak at nine degrees in the late afternoon. But from tomorrow, February 20th, the mild weather will penetrate fully. Over the weekend, the sun shines continuously in Munich at temperatures of 15 degrees. At the beginning of the new week, the temperatures keep rising.

Weather: Spring is coming – up to 20 degrees are possible

From Monday, February 22nd to Thursday, February 25th, it will be warmer and warmer. With bright sunshine and temperatures of around 20 degrees, spring then reports with full force for the first time. However, it remains very cool at night. At values ​​around zero degrees, the temperatures drop sharply as soon as the sun goes down.

The  weather in Germany could hardly be more different in such a short time. After the country was firmly in the grip of the Siberian cold for the past two weeks, spring is knocking on the door. Last weekend, for example, the thermometer in Munich * still showed up to minus seventeen degrees at night. Now the extreme turnaround: At the weekend and at the beginning of the new week, spring will hit Germany completely – temperatures of up to 20 degrees are then possible – not only in Munich.

Weather in Germany: Grill weather all over the country – up to 20 degrees possible

Spring also strikes in Munich, where Jung is supposed to shine in the sun for the entire weekend, but the maximum is not reached at temperatures of 16 degrees. At the beginning of the week, temperatures in Upper Bavaria climb up to 18 degrees. In the southwest, the magical limit of 20 degrees should then be reached. But spring fans should slow their expectations – the mild weather is only a short interlude before – according to long-term forecasts – winter wins the upper hand again.

Weather: Long-term forecasts speak for themselves – winter is coming back again

Like Dominik Jung from wetter.net explained further, there are no signs of a sustainable spring breakthrough in March. On the basis of long-term forecasts of the European weather model EZMWF (European Center for Medium-Term Weather Forecasts) it can be seen that winter is not yet blowing away in Germany.

The  model analyzes various long-term forecasts and uses them to create a forecast that also covers periods in the distant future.

For March, according to meteorologist Dominik Jung, one thing can be clearly seen: As of now, no temperature anomalies will be seen.

The  maps over Germany are marked with white color, which means that the month is forecast neither too warm nor too cold. Accordingly, so Jung. According to current calculations, a continuation of winter is therefore likely.

Weather: March forecast speaks for itself: “It’s going to be cold again”

Not just Dominik Jung von wetter.net sees the situation like this. Also Jan Schenk from

The  Weather Channel Deutschland assesses the situation similarly: “It’s getting cold again. We shouldn’t get too used to these 20 degrees, ”says Jung. “Severe frost” is particularly common at night. According to the forecasts, March will “probably be too cool.” Due to the higher position of the sun, however, the temperatures warmed up more than in the past.

Nevertheless, it could even be enough for new snowfall, so Schenk. “We’ll have to get used to the fact that winter is coming back.” This is due to the Azores high, which is reestablishing itself and blocking the jet stream, freeing up the way for cold air to reach Germany. *tz.de is part of the nationwide Ippen digital editorial network 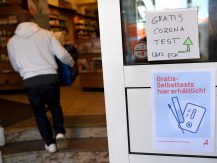 The end of “one country, two systems”

After the earthquake off New Zealand: tsunami warning for the Pacific region

2-1 victory for Central Switzerland – thanks to a double pack within 101 seconds: Lucerne celebrates in Zurich – sport Hygiene Austria: Supermarkets are taking controversial masks off their shelves 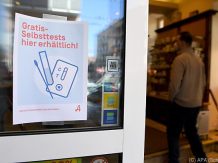 “Lockdowns are not a solution for climate protection”

9 places where the ominous metal monolith has emerged