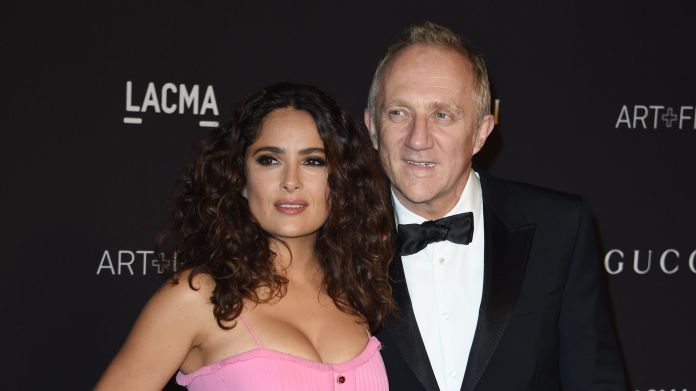 Salma Hayek (54) no longer wants to sit on her! In 2006, the actress met the manager François-Henri Pinault (58).  The y have now been married for twelve years and have a daughter. Nevertheless, voices are repeatedly heard claiming that the native Mexican is only after the money of her wealthy husband. Now expresses itself Salma to the allegations.

Im Podcast Armchair Expert the 54-year-old is asked about the allegations.

The reupon she emphasizes that one cannot see in pictures what a wonderful person her husband is. Salma finds it insulting that people think that she only married him because of his money. “Just because someone is rich does one deny that they can be a good person at the same time”, she complains and explains that this way of thinking is even a certain kind of discrimination for her husband. In the end she makes it clear: “Think what you want! 15 years together and we are still in love!”

Was there Salma at the beginning of her relationship with François herself not entirely free of prejudice, as she admits. However, her husband had convinced her of the opposite and completely put aside her bias. “He made me a better person”, the “Frida” actress even raves.

Coronavirus: According to the UN, worldwide misery and poverty is growing...

Wave of anger after a reduction in the penalty for fraud...

Corona in the future like a normal flu? – “Partial...