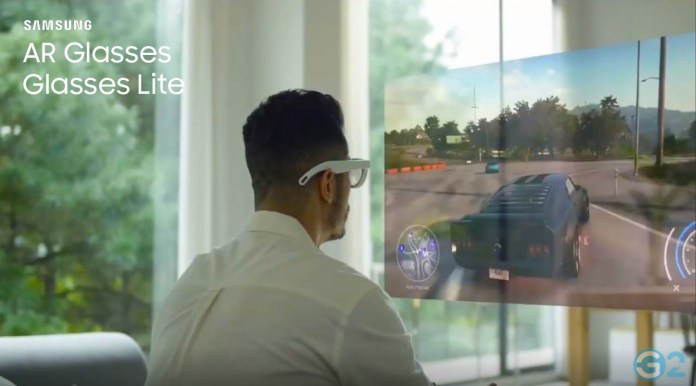 On the social news aggregator reddit, a concept video is currently causing a lot of excitement, which demonstrates the Samsung AR Glasses and Glasses Lite. Two augmented reality glasses which let us participate in the future of the South Korean company. Will projectors, monitors and TVs soon no longer be necessary?

Augmented Reality (AR) is no longer just a wet dream, at least since Microsoft’s HoloLens. But little has happened since 2016 to this day. In addition to Microsoft, Google and Magic Leap, Samsung is also involved in the topic, as demonstrated at CES 2020. Two Samsung concept videos are currently being hotly discussed on Reddit, which of the leaker “Walking Cat“Was published in a video. In one we see the Samsung AR Glasses as a kind of sunglasses and in the other the Samsung Glasses Lite, which looks a bit nerdy with its white frame. In the end it is.

With the AR glasses, Samsung apparently wants to usher in the “next wearable computing”. For the commercial sector in particular, as with an architect, there is no longer any need for additional hardware, such as a PC, keyboard, monitor and mouse. Everything is in the AR glasses and, as shown in the video, lets the owner maneuver through a virtual house in order to end up standing in it himself.

AR glasses could replace TVs and monitors in the future

The  second video of the Samsung AR Glasses Lite also illustrates its use for private users. In this way, watching TV and playing games on the cloud gaming console can in future also be realized without an expensive smart TV. And that’s not fixed at one point in the apartment, but everywhere you want. Also like lying on the sofa.

The  approach to connect the Samsung AR Glasses with the Samsung DeX (Desktop eXperience) is particularly interesting.

The  only difference is that the smartphone no longer has to be connected to a monitor, but to the AR glasses. Samsung even goes so far as to use a smartwatch as a source. Of course, video calls can also be implemented in this way.

The  Samsung AR Glasses can also be used to control a DJI drone. You can see what the drone camera sees and thus get the impression of flying yourself. 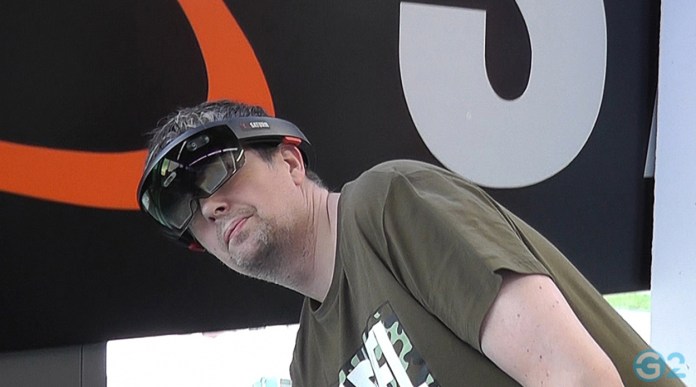 The  question is to what extent we are talking about fiction or soon reality. Samsung already distinguishes between a commercial and a private AR model, suggesting an upcoming series production. But I don’t really like to believe that. I was able to try a Microsoft HoloLens in 2017. However, the mixed reality glasses were very limited in their use due to two small viewing windows. Samsung itself has not yet commented on the leaked video. An opinion is still pending. When do you think we can expect such Samsung AR glasses for the first time?