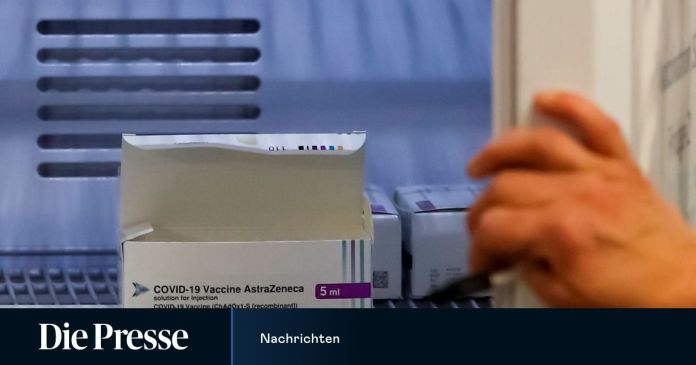 The  British-Swedish company seems to be getting support from the World Health Organization:

The  vaccine is supposedly recommended for adults.

According to a media report, the World Health Organization (WHO) supports the use of the corona vaccine from the British-Swedish company AstraZeneca in adults of all age groups.

The  reported the “Daily Telegraph”. In addition, the WHO supports the strategy that the second vaccination can be postponed for up to twelve weeks.

It was “far too early” to dismiss AstraZeneca’s vaccine as not being effective enough, said the head of the research alliance Cepi on Monday. In the fight against the virus, it is “absolutely crucial” to use all available means “as effectively as possible”. Cepi, the vaccination alliance Gavi and the WHO jointly lead the so-called Covax initiative, which is committed to the fair distribution of corona vaccines.

The  aim is, for example, to give priority to vaccinating medical and nursing staff in developing countries against the coronavirus.

In the first half of this year, Covax plans to distribute more than 337 million corona vaccine doses in a total of around 145 countries. Almost all of the cans are said to come from AstraZeneca.

The  British-Swedish vaccine also plays an essential role in the Austrian vaccination schedule.

Recently, however, studies had cast doubts about the effectiveness of the preparation. Several European countries – including Austria – have so far only approved the vaccine for people under 65 because there is a lack of reliable data on the effectiveness of the vaccine in older people. South Africa even announced on Sunday that it would postpone the start of its corona vaccination campaign.

The  background to this is a study according to which the AstraZeneca vaccine is not fully effective against the corona mutant, which was first discovered in South Africa.

WHO chief Tedros Adhanom Ghebreyesus described the study results on Monday as “clearly worrying”. At the same time, he referred to some “important reservations” about the study. So it was small with only 2000 participants. Tedros plans to meet with experts from the WHO strategy group (SAGE) on Tuesday to discuss recommendations for dealing with the vaccine that AstraZeneca has developed together with Oxford University. He appealed to the international community to report every newly discovered virus mutation to the WHO. This is the only way for the organization to observe developments and react accordingly.

WHO’s head of vaccines, Kate O’Brien, also pointed to other studies that had shown that the AstraZeneca vaccine could protect against severe courses of Covid-19 – including infections with mutant B, which was first discovered in South Africa .1.351.

WHO Emergency Director Michael Ryan emphasized that in the current situation it is important to use all means available to bring the pandemic under control.

The  most important goal of the vaccinations is currently to reduce the number of patients in hospitals and the deaths. “We may need better vaccines to do more than just stop deaths and hospitalizations,” said Ryan. In “disaster management”, however, “what can be done” must be done.

FC Bayern: Ex-star now trumps at Lazio Rome – he should...

Stuttgart embarrassment shows why Favre’s time is up