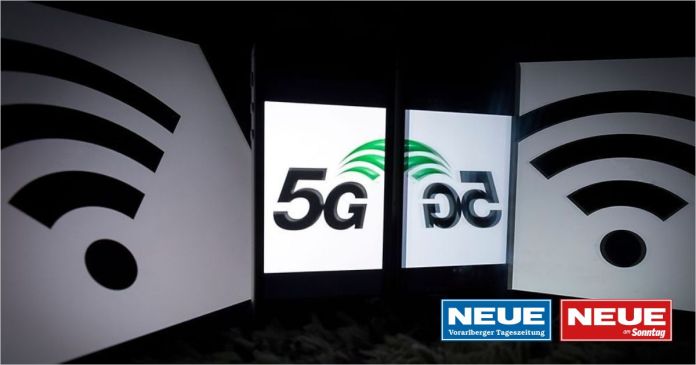 Robot cars drive through the hall, deliver components and operate other machines. Highly automated factories are no longer uncommon today.

The  faster the data transfer, the more can be automated. And this is where modern cellular networks with 5G come into play.

“Particularly the reliability of the connection is critical for industrial applications, ”says Rudolf Pichler. He heads the smart factory at TU Graz. Here, companies can convince themselves of the interaction between 5G and production machines such as CNC milling machines or robot arms.

The  technology will also help to lower the hardware requirements for machines. “In order for a delivery robot to recognize its surroundings, all the computing power has to be built into the device”, says Franz Haas. He heads the Institute for Manufacturing Technology at the TU. In the future, thanks to 5G, this will be done via the cloud. This also reduces the costs for the robots.

The  two university professors were instrumental in the Development of this 5G test factory, which will officially open in early April. “

The  goal was that not only large corporations could already grapple with the opportunities offered by 5G, but also smaller companies,” explains Haas. Because as technology advances, these machines will also become cheaper and affordable for small companies in the future.

Cellular operators in an uproar

For this technology to make a breakthrough, however, the 5G networks must be expanded across the board. And Austria has made it much easier for mobile operators to invest in the expansion by awarding the necessary frequencies at very low prices. A fact that the three managing directors of A1, Magenta and Drei also appreciate.

The  reason: the new telecommunications law. Better said the draft of the same. Mobile operators see this as jeopardizing the 5G strategy, as well as the goal of making Austria a 5G pioneer country.

Schrefl explains the points of criticism. So it was originally planned that the Rent for radio masts on public land decrease significantly. “

The  rent for a mast in Vienna is three times as high as in Hamburg,” explains Bierwirth.

The  next point is the question of Adhesion when laying fiber optic cables.

The se are necessary for the expansion of the 5G network. Here the telecommunications companies are to be made more responsible in the future. Also at Changes in law for consumers or when it comes to financing public tasks, mobile operators now see themselves at a disadvantage.

“We like to invest, but we need good framework conditions for this,” says Schrefl. Magenta boss Bierwirth becomes clearer: “So far, Austria has always received commitments for high investments in the T-Mobile group. If the law comes in this version, the group will consider whether the money would not be better invested in Poland. “

Also Expansion obligations, especially in rural regions, would then probably not be met. Thanks to 5G, broadband should be available almost everywhere by 2023. Even at high speeds by 2025. “If we do not meet these deadlines, funding will also be lost,” explains Drei boss Schrefl. That would further increase the costs of the expansion and make investments in Austria unattractive.

The  appearance of the three network operators is a shot over the bow for the responsible minister Elisabeth Köstinger. Nevertheless, they hope to be able to clarify a few things in the announced stakeholder process on the draft law.

Corona: tennis players can hope, footballers have to tremble