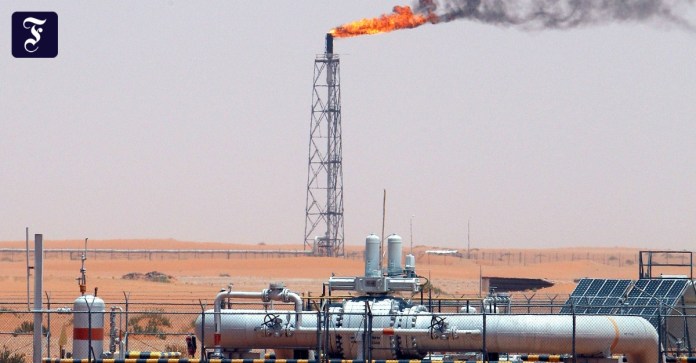 Acar drivers notice it at the petrol station, and whoever wants to order heating oil can also feel it: the price of oil has risen sharply. It is true that the renewed increase in VAT and a new CO2 price for climate protection have made refueling and heating more expensive.  The  final push for this wave of price increases, however, was a global price rally for crude oil. On Tuesday night, the price of Brent North Sea oil rose to $ 65.81 per barrel (159 liters) and the WTI price to just under $ 63. Those were the highest levels since the beginning of 2020.

The  prices are now more than three times as high as last April.

Heating oil already reached an annual high of a good 62 euros per 100 liters last week. And at the gas station, diesel at 1.294 euros per liter and Super E10 at 1.41 euros recently also cost more than ever in the Corona crisis. All of this is currently one of the most important factors driving consumer prices up around the world.

The  first experts, especially in American banks, are talking about a so-called super cycle in raw materials which, in addition to copper, platinum and other industrial metals, also makes crude oil more expensive with no foreseeable end. What is meant by this – and what is to be made of it?

“We had a super cycle for raw materials from 2002 to mid-2008, during which time, for example, the price of coal increased sixfold, for oil sevenfold, for industrial metals tripled and for agricultural raw materials at least doubled,” says Cyrus de la Rubia, raw materials specialist at Hamburg Commercial Bank. At that time there was a very clear driver of this development. That was China.

The  country had recently joined the World Trade Organization (WTO) and was growing at an incredible rate.

The  annual economic growth even accelerated up to 2007 to 14 percent. Huge infrastructure investments created a significant demand for iron ore. In addition, electricity consumption increased, which also drove up the demand for coal. Diesel generators ensured that companies could work against the background of an inadequately designed power grid. “

The  world was not prepared for this boom in demand, and accordingly the supply of raw materials lagged behind demand for several years,” recalls de la Rubia: “And that was then reflected in the super cycle.”

The  world today is far from such a situation. “China will of course continue to demand a lot of raw materials, but the world is now geared towards them,” says the raw materials specialist. Raw material countries like Australia and Brazil, but also China itself, have expanded their production capacities. “In this respect, this constellation, that a rapidly growing demand comes up against a relatively inelastic raw material supply, is no longer to be found today,” says de la Rubia. “What we are seeing now is not the beginning of a super cycle – but above all an adjustment after the deep slump last year.”

Various factors seem to come together in the case of oil. Investors are betting that the global economy will recover soon. That drives the oil price. In addition, Saudi Arabia has cut its production. And last but not least, the onset of winter in America affected the production and processing of oil.

Already in January there had been signals from the Organization of Petroleum Exporting Countries (OPEC) to artificially increase the price.

The  most important OPEC country, Saudi Arabia, had announced that it would voluntarily cut production by one million barrels a day in February and March. In just over a week, on March 4th, the next OPEC meeting will be. “I am assuming that Saudi Arabia will then let this cut run out and that OPEC will raise the total production quotas by around 0.5 million barrels per day from April onwards,” said Frank Schallenberger, oil analyst at Landesbank Baden-Württemberg. De la Rubia says: “Due to the unilateral subsidy cut by Saudi Arabia, OPEC is more disciplined than one could have expected.”

The  onset of winter in America also supported the price increase in recent weeks. “

The  oil plants in Texas, which were shut down because of the cold spell, are gradually starting up again,” reported the Commerzbank analysts on Monday. In the meantime, up to 40 percent of American oil production has been closed. “It will take some time before they reach normal levels,” said Carsten Fritsch, Commerzbank oil analyst: “

The  same applies to the refineries.”

Speculation also plays a role for the expensive oil. “We are experiencing a certain amount of speculation in all possible market segments because investors are investing in the expectation of higher prices and fundamental developments only play a limited role,” says de la Rubia. “We see that in stocks, corporate bonds and cryptocurrencies.” Oil, with its countless opportunities to invest in this market via futures, funds and ETFs, is no exception.

While Commerzbank had already warned against too much optimism on the oil market and said there was a selective perception that only picked up price-driving news, other banks such as Goldman Sachs or JP Morgan are expecting a further rise in oil prices. Goldmann has raised its forecast by ten dollars and now expects Brent to rise to 70 dollars in the second quarter and up to 75 dollars a barrel in the summer. Some experts even predict $ 80 to $ 100. More cautious bank analysts, however, expect $ 50 by the end of the year.

Winter service in Stuttgart: grabbing the snow shovel is a must...

Opening during Corona: This is how it happened to Cupcakes &...

Johnny Galecki reminds Kaley Cuoco that they were a couple

Is christmas over? Not in GTA Online!