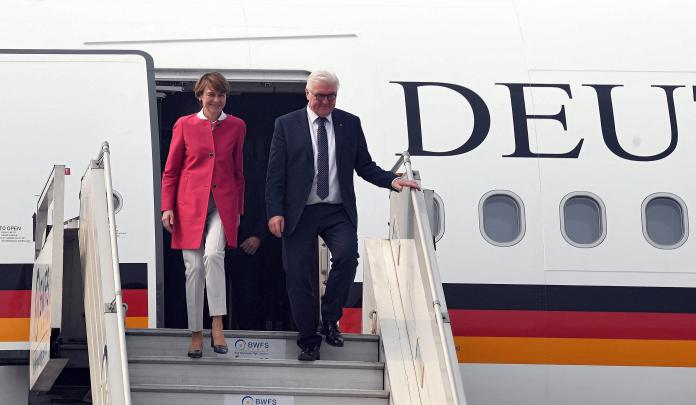 BERLIN – Due to Corona, several state elections and the federal elections in 2021, a persona is still going under a bit.  The  parties have to agree on a head of state by the end of the year, because the Federal Assembly will meet at the beginning of 2022. Who could have a chance?

The  parties have to agree on a federal president by the end of the year.

Frank-Walter Steinmeier’s last public statement on the subject was dated September 2020. At that time, he was asked by the editorial network Germany whether he could imagine a second term as Federal President.

The  answer sounded somewhat evasive. He spoke of the tasks that were “still challenging and exciting”. “Everything else cannot be decided now,” he added.
In defense of the head of state one has to say: what else should he have answered? If he is actually thinking of giving up a second term in office, then he will not want to have his last year at Bellevue Palace canceled too soon with a rejection. From that moment on, everyone would only talk about his / her successor. If he hopes for another five years, then he has to be very careful because the starting position is extremely complicated.

The re can be no talk of a majority in the Federal Assembly at the moment.

What you should know about the 2021 federal election

Already in 2017, when Steinmeier was elected to succeed Joachim Gauck, things looked bad for the SPD in terms of numbers. Of the 1260 members (from the Bundestag and state parliaments), the Social Democrats made up just 384.

The  Union was able to muster far more voters, but had not been able to present its own convincing candidate in advance.

The  federal election in September will be decisive for the next Federal Assembly. As things stand, the SPD has significantly fewer members.

The  incumbent president would have to rely more than ever on support from the CDU and CSU.

The  Union presumably has the decision in hand

But the conservatives are currently wondering why they should stand up for Steinmeier again when someone from their ranks could just as easily become the first citizen in the state. Or if the post were to be awarded in the course of negotiations for a red-green coalition against other concessions to the Greens.

The re is one thing the incumbent is not likely to do – accept a candidacy for a fight. If he doesn’t receive broad signals of support from the other camps, then the 65-year-old will probably not do it. Frank-Walter Steinmeier has to listen carefully.

The re was a phase, a good year ago, when conservatives spoke out in his favor. Ex-Agriculture Minister Christian Schmidt (CSU) from Fürth said he would “very much welcome” a renewed candidacy if “the prevailing circumstances” allowed. CSU honorary chairman

The o Waigel made a similar statement.

That was the Federal Chancellor from 1949 until today

Economic miracle, reunification, Agenda 2010, menthol cigarettes – every chancellor has a catchphrase, at least. Some of them wrote great German history, some stuck in the collective memory because of their charisma. But who has resided in the Chancellery so far? An overview of the previous heads of government.

Most Union representatives have nothing to reproach the President with. His calm, level-headed performance in times of the pandemic is widely praised. However, some would like more striking statements, such as from his predecessor Joachim Gauck. Probably Steinmeier’s biggest problem:

The  social pressure to finally let a woman get a job after twelve men is enormous. Up until now, women were only allowed to run for the popular parties if they had no chance.

Julia Klöckner, deputy CDU chairwoman and minister of agriculture, called this male burden “strange” (“It’s time for a bit of normality even in the highest office.”). If the CDU starts looking for a candidate, Klöckner (48) could at least make it onto the shortlist. Annegret Kramp-Karrenbauer (58) would have far more prospects. She brings a number of leadership positions with her that could qualify her (Prime Minister, party leader, Federal Minister).

That was the Federal Presidents from 1949 until today

In the past few months there was also a different mind game: If CSU boss Markus Söder should prevail as the Union’s candidate for chancellor in March, then his competitor Armin Laschet could be interested in moving into Bellevue Palace. He takes great pleasure in representing, as a man interested in culture he could indulge his passions and, at least in theory, he would have a more important position than Söder. But that would mean that a man would be head of state for another five years. Many no longer want to accept that.
And what if Markus Söder does not get the chance to run for Chancellor?

The n he could negotiate with Armin Laschet that for the first time in German history the CSU could occupy the highest office in the state. However, many Bavarian applicants do not impose themselves, because one should have already filled a key position that has received much attention. Ilse Aigner as the current President of the State Parliament could refer to this. But whether she wanted to move from her rather tranquil office in Munich to Berlin, where she would be in the public eye from morning to night?

Will the Greens win in the end?

As the past has shown, the most powerful camp in the Federal Assembly can certainly do without and support someone from a smaller party. Specifically, it could be the Greens. In contrast to the Union, SPD and FDP, they have never been allowed to appoint a president. In earlier times it was once said that Baden-Württemberg’s Prime Minister Winfried Kretschmann (72) could be suitable. But there are a few things that speak against it. He does not run for office again until March and would hardly move to Berlin a few months later, he would be almost 80 years old by the end of his term of office and – he is a man.

Here the Federal President is talking to our Christ Child Benigna

If it should be a green one, it would be Katrin Göring-Eckardt.

The re are a few arguments for the 54-year-old. She comes from East Germany and could make the loss of East German Chancellor Angela Merkel forget. She has experience in representative offices (Vice President of the Bundestag, President of the Synod of the Evangelical Church in Germany) and also as parliamentary group leader in the Bundestag. It also speaks in her favor that she would be eligible for large parts of the Union because she is not exactly on the left in her party. She is likely to be denied important creative offices in a new government because Annalena Baerbock and Robert Habeck would have first access in a black-green coalition.
When will the decision on the next head of state be made? That should take a few more months, because 2021 is the year of many elections.

The  Bundestag and at least five regional parliaments (Baden-Württemberg, Rhineland-Palatinate, Saxony-Anhalt, Mecklenburg-Western Pomerania, Berlin, possibly Thuringia) are due, the results could change the composition of the Federal Assembly once again. Although there should be little doubt that mathematically it is enough for a black-green candidate.

Steinmeier was nominated three months before the election

In November 2016, Frank-Walter Steinmeier had reached the point where he knew a clear majority behind him.

The n he had to wait three months to be elected and four months to take office. A similar timing seems to be possible for the new Federal President. At least if the coalition negotiations are to be awaited.
Regardless of how old the person in question is, the elected person no longer has to worry about his or her professional future after leaving the company. Heads of state are entitled to a so-called honorary salary of more than 200,000 euros annually for life.

The re is also a representative office and a service limousine with driver. Former presidents often perform representational tasks for the German state, for example when introducing or retiring foreign heads of state and government.

The re are currently three former presidents still alive (Horst Köhler, Christian Wulff, Joachim Gauck). In accordance with the protocol, they are still addressed as “Mr. Federal President” in retirement. At least in this respect, little should change for Frank-Walter Steinmeier if he should leave office in a year.

Thanks to the team: Mercedes drives with special paintwork in Abu...

Debate on vaccination and schools continues to gather momentum

Market researchers see a wave of bankruptcies in fitness studios on...

Fresenius SE is making up ground