(Motorsport-Total.com) – Alfa Romeo has presented the new racing car for the 2021 season in Warsaw.  The  C41 will make its debut on the track on Friday in Barcelona as part of a film day. A little later, the team from Switzerland will take part in the winter tests in Bahrain in mid-March. Head of Technology Jan Monchaux is a little concerned about the shortened test options. 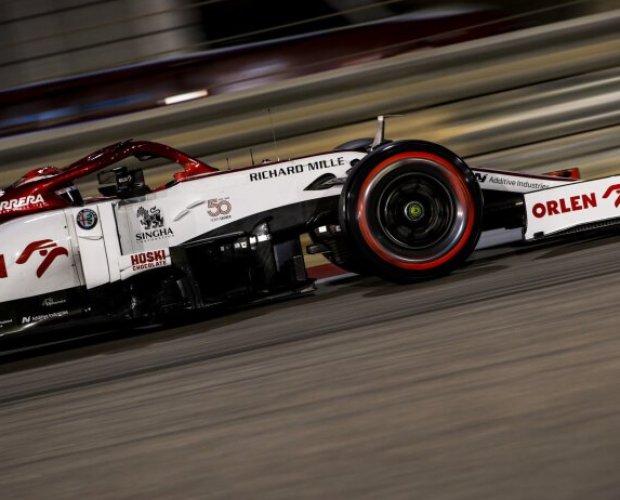 “It will be hectic,” predicts the Alfa Romeo technical director. “Three test days are very few compared to previous years. However, a lot of parts from the previous year are installed on the car, so the risk of a nasty surprise during the tests is lower.”

In order to save costs, the teams, together with Formula 1 and the FIA, have agreed to hold just three test days before the start of the season – for the drivers this means only one and a half days of driving time to get used to the new car.

“I expect these three days to be very hectic on the track because all the teams want to cover as many kilometers as possible,” said Monchaux. During these three days, his team will work through a long list to check the performance of the C41.

“At least the weather should play along and get a little warmer [in Bahrain] than usual at this time of year in Barcelona. “Originally the pre-season tests should have taken place in Spain again, but for logistical reasons the three days have been postponed to Sachir (March 12-14), where the season opener will take place on March 28th.

The  work on the new car in conjunction with the new Pirelli tires will be “more representative” due to the warmer temperatures, believes the Alfa technical director. He also emphasizes that he can hardly wait for the start of the season, like team boss Frederic Vasseur.

“Certainly the winter break was a little shorter than usual, but as Jan said, we took a large part of the car from last year with us into this year.

The  most important thing for me is that we will be back on track soon. Even if the break is shorter was considered normal, it was too long for me, “says the Frenchman with a smile.

In general, the former Sauber team took over “many parts” from the C39, the previous model, in winter.

The  regulations stipulated that only a few areas may be further developed because 2021 is generally considered to be a transition year.

“We took over the chassis, the gearbox and many other elements, such as the cooling system,” says Monchaux. Alfa Romeo redeemed the two tokens for the further development for a new nose and new front section. “It’s an unusual situation to not build a completely new car for a new season, but of course it makes sense under the current circumstances.”

The  postponement of the new regulations to 2022 “did not really” affect Alfa Romeo, according to Monchaux. After it was clear that the new rules would be postponed and large parts of the previous year will be adopted in 2021, the team from Hinwil focused on the further development of the 2020 car.

The  team finished eighth in the World Cup.

The gun does not belong to him: acquittal for rapper Kollegah...

Because of premium savings contracts: BaFin takes banks to the chest

Berlin before the lockdown: more than 500 new corona cases reported...