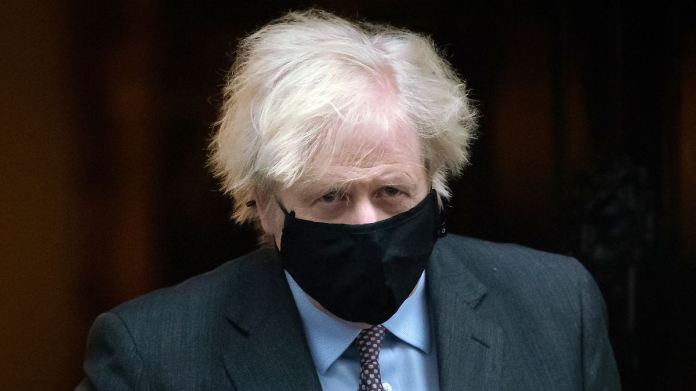 With a step-by-step plan out of lockdown
Johnson: Lift restrictions by June

After many tough weeks in lockdown, the English see a light at the end of the tunnel:  The  British Prime Minister promises his compatriots an end to all Corona restrictions by the end of June. A four-step plan is to prevent relapses.

The  UK government plans to lift all restrictions on the coronavirus pandemic in England by June 21. British Prime Minister Boris Johnson said this when he presented his lockdown timetable in the British House of Commons in London.

The  lockdown is to be lifted in several steps every five weeks. According to the government, however, the prerequisite is that the positive trends in the reduction in the number of infections and the vaccination campaign can continue and that no new virus variant changes the situation.

The  decisive factor is not the scheduled times, but the data from the pandemic, said Johnson.

The  prime minister said that the way out of lockdown would be carefully but irrevocably taken.

This is thanks to the determination of the British and the success of the vaccination campaign. All schools in the largest British part of the country are to be reopened on March 8th.

The  regions of Scotland and Wales, on the other hand, are relying on the gradual opening of schools, which began this week. Social contacts are also to be allowed more than before in England from the second week of March. For example, home residents can receive visitors again.

The  next step is to take place on March 29th. Up to six people or two households can then meet again outdoors. Outdoor sports facilities such as tennis or golf courses are also allowed to reopen. From April 12th shops, museums and libraries should be allowed to receive visitors again. Pubs and restaurants should then start operating again, albeit in the outdoor areas.

Going to the cinema and staying in a hotel should be possible again on May 17 at the earliest, as well as indoor club sports.

The n up to 30 people can meet again for weddings or other important events. International travel could possibly be allowed again. For example, up to 10,000 people could come together in football stadiums.

The  number of infections in the UK has dropped dramatically in the past few weeks. Nevertheless, they are still at a relatively high level.

The  number of new infections per 100,000 inhabitants within a week is currently given as 121. That is about twice as high as in Germany. At the same time, more than 17.5 million people in the country have already been vaccinated against the coronavirus with a first dose.

The  UK is one of the worst hit countries in Europe by the pandemic, despite the current success in the vaccination campaign. More than 120,000 people have already died there after a confirmed corona infection.

Siberian cold monster rushes to Europe: will it reach Germany?

One hour after vaccination: Pensioner (89) dies in a nursing home...

Russia and Rwanda are sending troops to the Central African Republic