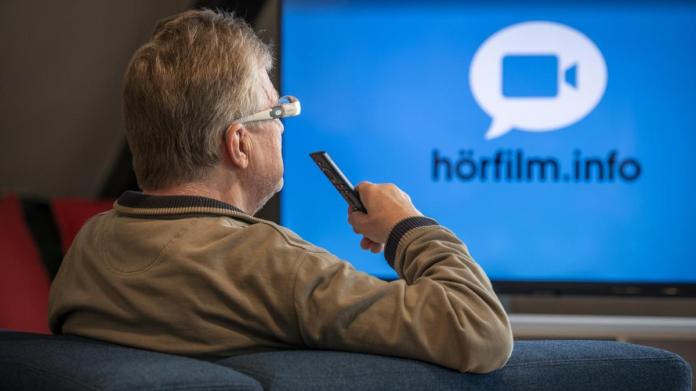 The  online retailer gets advice from visually impaired people in Germany. An initial result: the digital voice assistant Alexa can now play audio films by command. But the US corporation is about much more than that.

Dhe online retailer Amazon is getting help from an unfamiliar source with the development of new functions. Together with the German Association of the Blind and Visually Impaired (DBSV), the group wants to further develop its digital voice assistant Alexa and the e-commerce offering.

“Simplifying access to content is one of the ideas behind Alexa,” said Ralf Kleber, head of Amazon Germany, in an interview with WELT. “

The  German Association of the Blind and Visually Impaired helps us to further develop the technology in a targeted manner.” Amazon is reliant on experts to build solutions that are actually needed.

It starts with a so-called Alexa Skill, with which the blind and visually impaired can access almost 4,000 audio films from the media libraries of the broadcasters ARD, ZDF and Arte. Amazon uses a skill to describe applications that teach Alexa new functions, such as presenting the weather forecast or calling up news. “

The  audio film skill is a good example of how blind and visually impaired people can have uncomplicated access to culture and media and thus more participation,” said Andreas Bethke, managing director of DBSV.

Audio films are films with audio description in which the events are described by speech so that blind and visually impaired people can perceive visual processes.

The  public broadcasters make a large part of the films, series and documentaries available on the main evening with audio commentary.

Speech recognition is already an everyday tool for many

But so far the content has to be selected and played via the respective media libraries. To do this, however, blind people had to know how each individual media library is structured in order to find the right way to the film with the remote control or the computer mouse. Using speakers with built-in Alexa functionality, this will in future be possible with voice commands such as “Alexa, open audio film and play the current episode of Babylon Berlin”.

“We have received a lot of feedback from people with impaired vision in recent years,” said Amazon Germany boss Kleber. That is why the group approached the DBSV.

The  audio film function, which was created in cooperation with the TV broadcasters within a few months, is just the beginning.

The re are huge opportunities in speech recognition,” said DBSV boss Bethke. For many people with visual impairments, this technology could mean a bit more independence. “With this collaboration we can work towards improvements.” It is good that Amazon is making a start here with the audio film skill. At the same time, Bethke hopes that other providers will follow suit.

Speech recognition is already an everyday tool for many blind and visually impaired people – especially when using smartphones. Corresponding functions are built into both Apple’s iPhones and Android smartphones.

The se devices also include features such as VoiceOver, which synthetically read screen content.

It is practically impossible for blind people to buy fashion

Websites can even be navigated on the computer if they are programmed according to accessibility standards. “But that is often not the case,” explains DBSV boss Bethke, who depends on it because he himself became blind as a child. “In the pandemic, it is particularly important that blind and visually impaired people can shop online,” he says.

Amazon also had to show that there is a lot of catching up to do here.

The  result of a presentation was shocking: blind people practically cannot buy fashion on the portal. “Accessibility was hardly an issue at Amazon in the past,” said Germany boss Kleber. “We want to change that now.”

With the new Alexa audio film function, Kleber also wants to send a signal to the other European national agencies of Amazon – and hopes for imitators. In fact, there are similar efforts already in the USA. For example, Amazon worked there with the “Vista Center for the Blind and Visually Impaired” in California and developed the “Show and Tell” function.

Blind people can now hold objects such as food packages in front of the camera of a smart display with Alexa and find out what it is. Alexa uses image recognition for this – a function that is very helpful for the blind, especially in the kitchen. However, this function is not yet available in Germany.

Google’s Chromebook OS increased by over 400 percent in Germany at... The EU and London are fighting for a trade agreement after...