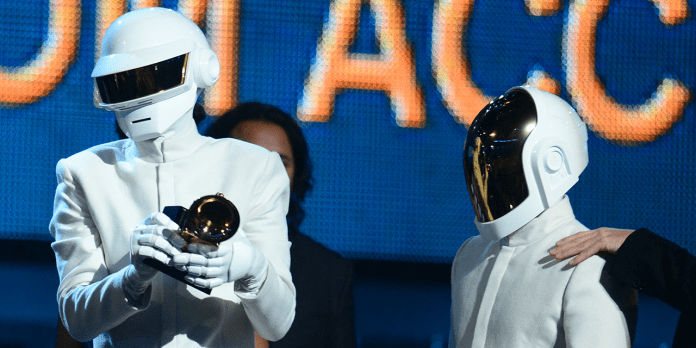 After almost three decades, the electro duo Daft Punk has stopped.  The y don’t give a reason, but they have a video message for that – from the past.

As is customary, seconds after the US medium announces the end of Daft Punk, you can read on Wikipedia: “Daft Punk was a French formation founded in 1993”. And at the latest when the wiki entry is edited, you know that something is real.

Thomas Bangalter and Guy-Manuel de Homem-Christo have worked together for the past 28 years. Long before masks became a basic item of clothing, the two musicians with their fancy masks and helmets achieved a high recognition value not only acoustically but also visually.

With “Homework” they made their debut in 1997, which immediately made them a worldwide success.

The y then refined their mixture of house, disco and funk with the follow-up album “Discovery”, which was also not just an acoustic phenomenon. Together with the Japanese anime artist Leiji Matsumoto, they even produced an anime film for the album.

Her last album “Random Access Memories” was released in 2013 and was her most commercially successful, but also a controversial album among fans.

The  single “Get Lucky”, which they recorded together with Pharrell Williams, is still an integral part of the playlists of supermarket channels. But apart from the over-successful catchy tune, the album had the whole variety of Daft Punk to offer. For the very last time in album length, as we now know.

Three years later, “Starboy” and “I Feel It Coming” emerged from a collaboration with the Canadian singer

The  Weeknd, and they were also able to celebrate great chart successes. Except for a few live performances and exhibitions, the duo has been rather quiet in recent years. Today they announced the end of the band with a message from the past – a scene from their sci-fi film “Daft Punk’s Electroma”, which was released in 2006, which they called “Epilogue” without further ado.

Germany and the USA: Back to a new friendship

Werder Bremen: Not enough quality? Voices on bankruptcy in Leipzig!

Rough wind for Meghan: Papa Markle is planning a documentary about...