Three and a half months lockdown in Germany:  The  frustration among citizens and entrepreneurs is growing!

The  mood in the BILD talk “

The  right questions” on Sunday evening was accordingly heated. Mayors, members of parliament and district administrators described how anger and despair have increased dramatically in the population.

The  CDU member of the Bundestag said: “I see the ‘national effort’ primarily in abolishing civil liberties.” It annoys her “incredibly” that retail and catering were closed, although no major infections were detected there.

Schimke’s criticism of the school lockdown is also sharp: “What we are experiencing in schools is an absolute disaster!” It was a failure of the authorities.

Hamburg’s First Mayor Peter Tschentscher (55, SPD) meanwhile went straight to the EU Commission: “You don’t have to put it nicely: Obviously, vaccine procurement in the EU went wrong. It was ordered too late. Too little was ordered right now to begin with. And that’s why it’s taking too long now. “

Tschentscher called on EU Commission chief Ursula von der Leyen and the EU Parliament to clarify the debacle and also to advise on the personnel consequences.

In the long term, however, the Hamburg mayor is optimistic: “I can imagine that we will be in a much better position in the summer.” Perhaps one would still have easy means, such as a mask requirement. But: “It is much more important that culture can begin again, that we can do sport again.”

The  anger will eventually turn into violence”

The  bridging aid III can flow at the end of March at the earliest, if it is requested now.” Kubicki indirectly called for the resignation of Economics Minister Peter Altmaier (CDU): “It would be good if we had another person in this responsibility.”

At the same time, Kubicki warned of growing anger: “

The  anger will eventually turn into violence, I fear that.”
What particularly annoys him: Politicians as a whole are always held responsible for the failure of the federal government. In other words, the opposition is also to blame for the people – even if they are not responsible for any problems. “You politicians, it is said again and again, won’t get it on the chain,” complained Kubicki.

Palmer: “That could be changed with modern technology – but we don’t”

And he warned: “We will not bring this pandemic under control via the health authorities.” That does not even depend on the authorities’ ability to monitor pandemics or the corona numbers, “but on the processes.

The y are too slow because we do it all by hand and try to research people’s memories. ”
Modern technology can be used to find out where the infection took place. However, this is not used. “So you take refuge in incidence values ​​and hope that they are chosen correctly. But nobody knows where the right one is, ”said Palmer.

Thuringia OB Palmer spoke out in favor of openings. In reassurance that the numbers in Great Britain would fall faster than here – despite the mutation. In addition, rapid tests could solve many problems. Now one can “ensure with hygiene concepts and tests that we can again conduct education, care, trade and business in a responsible manner.”

► However, Tschentscher immediately rejected him: “This is a very risky strategy!” He also noticed problems in trade and co. From Hamburg. But: “

The  problem is that if we now rely on it going well, it can go very wrong.”

The  view that the virus sets the tone and that we can only react, so to speak, is of course not something we politicians should leave behind. No! We can act and we can do it in a way that the citizens understand. ”
He accused: “You can no longer explain a lot – I can no longer explain a lot: that the specialist retail trade remains completely closed, that in the food retail trade the large discounters sell non-food products on a large scale. That tree nurseries are not allowed to sell in the open and things like that. “

Tschentscher doesn’t like to hear that – and reminded his Bavarian colleague: “I say in the direction of Mr. Ramsauer: the Bavarian state government supported the decision that the Prime Ministers made together.”

Schimke can no longer explain politics either

The  core business of a politician, especially in Corona times, is to explain first (…) and above all to give hope.”

In the meantime, however, she has run out of words, “because I see how livelihoods are breaking down.

The  self-employed are already talking very clearly about suicidal thoughts. We are talking about deep depression in adolescents. And I can’t accept that. “

The  rules of the game are being changed”

In the BILD talk, three local politicians also met who have one thing in common:

The y can no longer understand the corona policy of the federal government in recent weeks.

Illingen’s mayor Armin König (64, CDU) made the start: Some of the population no longer understand “what is being played there.

The re were rules that were set. ”Example:

The  target of incidence below 50, which has now been reduced to 35. His conclusion: “

The  rules of the game are changing. Everything is different from what we expected so far – and suddenly people no longer have any prospects. “

Frank Henkel (57, CDU), former Berlin Senator for the Interior, sounds the alarm: “Many people I know are simply annoyed, if not bitter.” He also comes to the conclusion: “People no longer understand what they are Resolutions mean. We are already basically being prepared for the fact that March 7th will just be another date. ”

Stefan Sternberg (36, SPD), district administrator of Ludwigslust-Parchim, is also disappointed with the lowering of the incidence target. He said: “

The  35 is the new 50. We as a district worked our way back under 50 for the first time on Friday of this week – we all expected that. And now the 50 is actually worth nothing. “

Three smartphones should not receive iOS 15

“Are perpetrators of conviction”: Pensioner has to go to prison for... 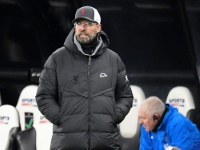 Klopp against a season break in the Premier League