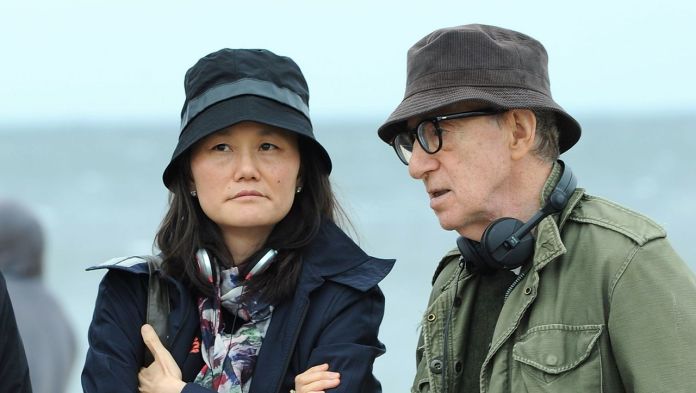 “Allen v. Farrow «is the name of the TV format that is being discussed more than any other in the USA. Just two weeks ago, the pay broadcaster HBO announced that it would be adding a four-part documentary series about the allegations of abuse against director Woody Allen. Allen’s daughter Dylan Farrow accuses him of sexually abusing her when she was seven.
Now the first episode ran on Sunday evening in the USA, and for the first time, Allen and his wife Soon-Yi Previn commented on the production. “ The se documentarists had no interest in the truth,” said a statement to the industry service “Hollywood Reporter”. “Instead, they’ve been working clandestinely with the Farrows and their accomplices for years to fabricate a falsehood campaign of defamation.”

Behind »Allen v. Farrow ”are the filmmakers Amy Ziering and Kirby Dick, who have already taken up the subject of sexual violence in films such as“ Freiwild – Tatort Campus ”or“ On the Record ”about the hip-hop mogul Russell Simmons. In the documentary series Dylan Farrow as well as her mother Mia and her brother Ronan Farrow should have their say in detail and confirm the allegations against Allen. Woody Allen, who has always denied abuse, and Soon-Yi were not interviewed for the film.

With regard to the background, they now said that they had been approached by the filmmakers less than two months ago and that they only had a few days to react. “Of course they refused,” says the statement. “As has been known for decades, the allegations are categorically wrong. Several agencies investigated it at the time and found that regardless of what led Dylan Farrow to believe, there was no abuse at any time. ”

It wouldn’t be surprising that it would be HBO to show the series, Allen and Soon-Yi continued.

The  broadcaster has a contract with Ronan Farrow. “While this smear campaign may attract attention, it does not change the facts,” ends the letter to the “Hollywood Reporter”.

Ronan Farrow, the birth son of Allen and Mia Farrow, was instrumental in the MeToo movement with his coverage of Harvey Weinstein and other men accused of sexual abuse. He has taken a stand against his father several times and affirmed that he believes his sister.

“Only” four kilos: “Between us” -Joy thanks Baby Javis

What the EU and China have agreed on

Corona vaccinations at the family doctor after Easter

Amazon Germany reveals the specs and prices of the Xiaomi Redmi...