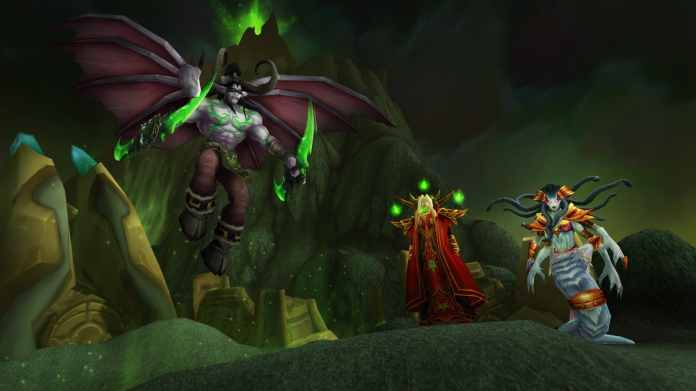 Beyond the Dark Portal in shattered Outland, the armies of the demonic Burning Legion prepare for an invasion that threatens the entire world of Azeroth. Later this year, World of Warcraft players will return to the rock-littered ruins of Hellfire Peninsula to stop the invasion at its source; you will rediscover what lurks under the mushroom forests of Zangarmarsch; and they’ll face Illidan the Traitor again in Burning Crusade Classic, Blizzard Entertainment’s authentic replica of the acclaimed first World of Warcraft expansion.

The  Burning Crusade,” said J. Allen Brack, president of Blizzard Entertainment. “Since the launch of WoW Classic and while we rolled out content updates, we’ve learned a lot about what gamers want from such an experience in 2021. We’ll build on this to ensure that players’ new adventures in Outland are as epic as ever, whether they venture back through the Dark Portal or join us for the first time. ”

Burning Crusade Classic builds on the epic foundation of World of Warcraft Classic and gives players the opportunity to experience the next legendary chapter in the Warcraft saga. Through the launch and through the course of the following content updates, the remake will bring back the features of the original from 2007, including:

Before entering the Dark Portal, players are given a choice for each of their existing WoW Classic characters: either to advance into the era of Burning Crusade, along with the rest of the Horde and Alliance heroes on their realm, or that To continue adventures with the original WoW Classic content on the brand new “Classic Era” servers that come with the launch of Burning Crusade Classic. Players who want the best of both worlds will have the option to “clone” any WoW Classic character as an optional, paid service so that each hero in Burning Crusade Classic can continue playing while their copies of their original adventure are on a realm continue the classical era. More details on each realm type and the options available for characters will be announced at a later date.

For players whose characters are not yet ready for the journey beyond the Dark Portal and who want to go on an adventure in Outland with their friends, Blizzard will offer an optional level 58 character upgrade service shortly before the expansion begins. To preserve the integrity of the players’ achievements in WoW Classic, this boost will not be usable on the realms of the classic era or the new races of the blood elves and draenei; in addition, players will only be able to boost one character per World of Warcraft account. Further details, including details on pricing and availability, will be announced at a later date.

As with WoW Classic, access to Burning Crusade Classic will be included with players’ existing World of Warcraft subscriptions at no additional cost. In the near future, Blizzard Entertainment will be launching a beta test for Burning Crusade Classic, encouraging players to provide feedback to ensure that the expansion strikes the best possible balance between authenticity and fun. More information on the beta test, including how to register, will be announced at a later date.

Tatort from Stuttgart: “This is our house”: The dark side of...

Farmer Thomas & Bianca dare to take the next step

Fierce criticism – Senator Cruz flies into the warmth during the...

The number of abuse victims in the Archdiocese of Cologne is...