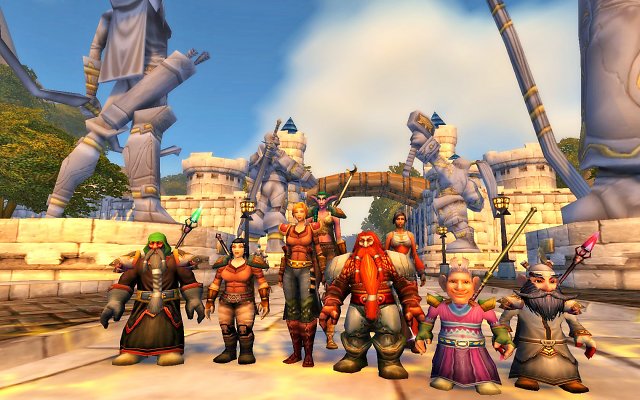 02/22/2021 at 2:00 p.m.
from Karsten Scholz –
As is well known, Blizzard introduced a new user interface for group search with Patch 2.0.1. For Burning Crusade Classic, exactly this group search aid is to receive a modernization. But don’t worry: We won’t get an automated cross-server tool like the one introduced in Patch 3.3.

If you are looking for a group in WoW Classic, you usually use in-game chat channels or the Discord server of your own realm. That works, but requires a lot of initiative and willingness to communicate. Another option should be available with the launch of Burning Crusade Classic: a new user interface for group search.

Many TB veterans will probably remember just that User interface was introduced at the time with patch 2.0.1. In the official patch notes it said at the time (via 4fansites):

“A new tool is available to make it easier for players to find groups for dungeon instances and quests.

The  new user interface enables players to announce their exact group searches in a collaborative system in order to speed up the process of group formation. who are already in a group and are looking for reinforcement can easily find additional members.

At that time, the group search from TBC did not work automatically or across many servers, as is the case today. That only came with Patch 3.3 in Wrath of the Lich King. Instead, you could leave a wish to join a group for the various dungeons, or you could search for players interested in Dungeon XY.

The  list of interested parties could be called up via the associated meeting stone and then contacted.

WoW: With Burning Crusade, Blizzard introduced an extra interface for the group search for the first time.

At that time, the group search turned out to be quite uncomfortable and complicated even with this new way, and accordingly the tool was rarely used by the masses. With Burning Crusade Classic there could therefore be a modernization. Don’t worry: the developers are not planning an automated cross-realm group search, instead they want to bring the interface up to scratch so that it is easier to use and players who search for groups and open groups can come into contact with one another more quickly / easily. How exactly these changes will ultimately look should depend heavily on player feedback.

Here you can listen to the corresponding statements from Patrick Dawson, Production Director at Blizzard (from 4:11:30):

What do you think? What adjustments should Blizzard make to the group search from back then and which not? Let us know in the comments!

National Bank completes first attempts with its own digital money |...

More than half a million corona deaths in the USA

“Too bad”: Eva makes her first comment on Andrej-Jenny separation