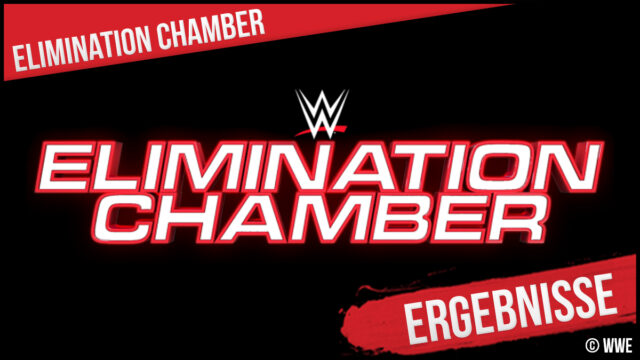 Welcome to our “NXT TakeOver: Vengeance Day” live ticker! This post will be updated at regular intervals until the end of the show so that you will not miss any result. Comment on this post and write to us in the live chat on “Discord” how you think about the show. Have a great evening! Chat here! CLICK!

Even before the kickoff show, it was announced on WWE.com that Keith Lee had not received ring clearance and could not participate in the PPV. As a result, a Four Way Match between Mustafa Ali, Ricochet, Elias and John Morrison has been scheduled, the winner of which will take Keith Lee’s place in the United States Championship Match against Bobby Lashley and Matt Riddle.

As the commentary panel also revealed, the pay-per-view will start with the WWE Universal Championship # 1 Contender Elimination Chamber Match and the associated title match will take place immediately afterwards.

The  winner of the Chamber Match will not be given a break before he has to deal with the “Tribal Chief” Roman Reigns.

After an opening video, which of course is dedicated to today’s Matchcard and the Road To Wrestlemania, Corey Graves and Michael Cole welcome us to the WWE Thunderdome. It starts with the first match of the evening.

When Sami Zayn celebrated his entry and was locked in his chamber, the referee referred Zayn’s camera team to his displeasure.

Also announced for the show:

The “quota guarantor” has struck again …

“The Masked Singer” jury: Lena Gercke takes a seat next to Rea Garvey and Ruth Moschner

NXT will soon get another title – New guidelines for the engagement of talent – “ThunderDome” before moving again – Second match for “WWE...

Kim Fisher angry with Nino de Angelo: “You must be crazy”

Britney Spears: Baby happiness for the singer? Your boyfriend wants to be a dad

“Tatort” today from Kiel: “Borowski and the fear of white men” in a quick check

Princess Keisha of Nigeria: Suddenly a princess: It was only after two years that she found out that her husband was a prince

Corona: Pankow’s incidence has recently increased sharply – these are the...

Aldi sells notebooks for the home office: you have to pay...

Who will be vaccinated first ?: Now in the live stream...

So far only 525 vaccine doses have been delivered to Vorarlberg...