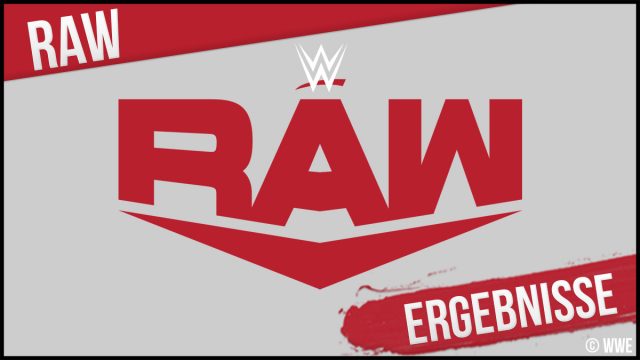 This week, RAW kicks off with a look back at the Elimination Chamber. Drew McIntyre was able to prevail and defended his WWE Championship in the Chamber. After the match, however, the Scot was taken apart by Bobby Lashley. Miz used this state of the champion and redeemed his Money in the Bank suitcase and was crowned WWE Champion again!

The  show opens with John Morrison. This announces the new champion and the music of

The  Miz sounds. Fireworks and a festive ring greet the new champion, who welcomes us to a new edition of Miz TV. It is a special “Championship Edition”. Nobody thought it was possible. From a possible layoff to a WWE Champion.

The y all came, but no one stayed. Batista, John Cena, Triple H, Edge, Big Show, etc. Miz specifically addresses Edge, reminding him of the argument from two weeks ago, in which Edge agreed that he had the brains necessary for a successful cash-in. Now he is the first and only “Two-Time Grand Slam Champion” in the entire WWE. Suddenly Bobby Lashley’s music starts. This comes out together with MVP. Lashley lost his United States Championship to Riddle last night and was in a very bad mood accordingly. MVP congratulates our new champion on the big win, but there is a small part of the story missing where Lashley prepared that victory. This little “collaboration” is now being continued. Lashley is the first to get a title match for his “help”. Miz of course agrees, but there is just a lot to do right now. “Fastlane”, “Wrestlemania”, “Miz & Mrs.”. But Lashley doesn’t want to hear any more. Miz has an hour to give him his promised title match. It is clear that Lashley Miz will otherwise be promoted to the hospital.

The  new United States Champion Riddle is backstage at the Lucha House Party celebrating his title win. But there is not much time to celebrate. After the break, Riddle meets John Morrison.

The re are 43 minutes left before Lashley’s ultimatum.

So Riddle celebrates his first victory as a United States Champion and can be celebrated accordingly.

The re are 30 minutes before Lashley’s ultimatum.

We’re watching a promo video for Rhea Ripley. It will be making its RAW debut soon.

24/7 Champion Bad Bunny is backstage with Damien Priest during an interview. He affirms that this is just the beginning of his career with the WWE. But the conversation is interrupted by R-Truth. Truth actually had a referee with him, but Priest makes it clear that there will be no match.

We see a look back at Miz TV and Bobby Lashley’s ultimatum.

The re are still 22 minutes left until

The  WWE Champion is with Adam Pearce complaining about what has happened in the past 40 minutes.

The se were definitely not champion-worthy. But Pearce can’t really help him. He should just act like a champion and defend his title.

The  time is running…

The  New Day (Xavier Woods & Kofi Kingston) won against RETRIBUTION (T-Bar & Mace) (w / Mustafa Ali, Reckoning and Slapjack) via pin to T-Bar through Kingston after the Trouble in Paradise.
Match time: 02:50
-During the match, T-Bar and Mace seemed almost certain to win. However, Ali had forbidden the two of them to pin in order to beat New Day up any further.

After the match, an angry Mustafa Ali grabs a microphone and can’t believe he’s been disappointed again. He looks at his henchmen shamefully and with that the segment comes to an end.

The re are exactly 4 minutes until Lashley’s ultimatum!

Adam Pearce is in the ring and announces Bobby Lashley. So it’s time for WWE Champion

The  Miz to decide.

The  music starts and Miz is still on the move.

The  champion wants to reassure Lashley and has a few words to say. Miz still needs more time. Lashley interrupts him immediately and finally wants Miz to fulfill his end of the bargain.

The  WWE Champion just needs more time. Miz also wants to give him a title match, but he needs at least another week to prepare. Suddenly the music from Braun Strowman can be heard!

The  former Universal Champion is obviously not in a good mood. Strowman also wants a title match. That is the least, after he was passed over by Pearce and Shane. Speaking of the devil. Shane McMahon’s music is playing! He already has a microphone with him and starts dancing around the men. He thinks that first everyone has to calm down. Shane explains to Strowman why he wasn’t part of the Elimination Chamber. Former WWE champions should now be part of the match. Strowman is still dissatisfied. If there isn’t a title match, then Strowman at least wants a match against Bobby Lashley. Shane thinks the idea is great and if Strowman wins, he’ll be part of the Triple Threat Match between

The  Miz and Lashley for the WWE Championship! Strowman is pleased and congratulates Shane on the announcement. However, he has his back to Lashley and is brought to the ground with a chop block.

The n everyone involved disappears and the segment ends with a star down between Lashley and Strowman.

After the break, we look back to the segment between Braun Strowman, Bobby Lashley and

The  Miz. So later that evening, Lashley and Strowman meet up. If the latter wins, we’ll have a triple threat match next week for the WWE Championship. If Lashley wins, the singles match will remain.

The  Hurt Business has other issues to resolve. RAW Tag Team Champions Cedric Alexander and Shelton Benjamin face the Lucha House Party in a tornado match. For this match, MVP will take a seat at the commentator’s desk.

The  Lucha House Party (Lince Dorado & Gran Metalik) via Pin to Dorado by Benjamin after the paydirt.
Match time: 05:52

After the match, the RAW Tag Team Champions can be celebrated.

The  commentators are talking about the 24/7 champ Bad Bunny and we see his title win from last week. After Damien Priest template, Bunny was able to pin Akira Tozawa and win the title. Today he will first accompany Priest to his match against Garza.

4. Match
Singles Match
Damien Priest (w / 24/7 Champion Bad Bunny) won against Angel Garza via pin after the hit the Lights.
Match time: 06:14
-Garza challenged Bad Bunny to face him. However, this distracted him and Priest was able to prevail.

After the match, a couple of superstars run into the ring to attack the 24 // champion. However, they were all switched off by Priest and Bad Bunny.

Randy Orton will speak out about Alexa Bliss after the interruption.

Another video about Rhea Ripley is playing.

Randy Orton was distracted by Alexa Bliss in the Gauntlet Match last week and was eliminated from the match.

The  “Viper” is backstage and talks about his defeats in the Gauntlet Match and in the Elimination Chamber. Usually Orton doesn’t really know the feeling of losing. However, he’s obviously distracted and reminds us of TLC and the segment where Randy lit the “Fiend”. After that, everything seemed to be done. His distraction therefore comes from Alexa Bliss. Here, too, we get a look back at last week, when Bliss sat in the middle of a pentagram. Suddenly Orton is feeling very bad and he spits out a blood-like substance. Randy then disappears, leaving speechless commentators.

We look back at the news that Lacey Evans is going to be a mother again. In the next match of the evening, RAW Women’s Champions Asuka and Charlotte Flair will face the WWE Women’s Tag Team Champions.

The re are still 47 days to Wrestlemania! Roman Reigns against Edge for the Universal Championship has already been officially confirmed.

5. Match
(Non-Title) Tag Team Match
WWE Women’s Tag Team Champions Nia Jax and Shayna Baszler beat RAW Women’s Champions Asuka and Charlotte Flair via pin to Asuka through Jax after a leg drop.
Match time: 12:20
-During the match, Charlotte accidentally hit Asuka with a big boot in the face. This ushered in the defeat of the two women.

After the match, Flair wants to reach out to Asuka to help her. However, the Japanese refuses and Charlotte leaves her in the ring.

Backstage, Charlotte Flair is with her father, talking about being distracted by the Lacey Evans story. Things have gotten out of hand and casts a bad light on family flair. She wants him to go home at last. Ric says that he saw a lot of potential in Lacey Evans and therefore wanted to motivate her.

The  Hall of Famer also wanted to motivate Charlotte. He emphasizes that he only had the best in mind for the women’s division. Charlotte doesn’t buy the story from him and is sure that he only wants the spotlight for himself as the Nature Boy. She is sorry, but Charlotte would like to continue her career without him in order to continue her legacy as Charlotte Flair.

We take a look back at Orton’s interview where he spat out a blood-like substance.

Bobby Lashley gets ready for his match against Braun Strowman.

The  music from AJ Styles is playing. After a break, he meets Ricochet.

After the match, Omos grabs the ricochet lying on the ground and gives him a tough two-handed chokeslam.

The  Miz is discussing with John Morrison what the best result for Miz would be in today’s main event. Suddenly Strowman arrives and the two men quickly disappear.

The  Miz will play music before the match. He will take a seat at the commentary desk.

9. Match
Singles Match – If Strowman wins, he will be added to the WWE Championship Match between

The  Miz and Lashley.
Bobby Lashley (w / MVP) won against Braun Strowman via pin after the spear.
Match time: 04:19
-We’ll get a singles match between

The  Miz and Bobby Lashley for the WWE Championship next week on RAW.

After the match, Lashley grabs Strowman and applies the Full Nelson Lock.

The  Miz takes the opportunity to attack Lashley with the belt. But the challenger number one can fend off the attack and gives Miz a spear.

The  RAW edition goes off-air with a dominant Bobby Lashley.

Discuss this show with many other fans in our forum! CLICK!

Coronavirus in Switzerland: Brazilian mutation appeared in a hospital in the...

Demos are prohibited in Berlin on New Year’s Eve – complaint...