Ubisoft’s Rainbow Six Siege development team (from 14,99 at buy) has announced the “Year 6 Roadmap”, central changes to the gameplay and further updates for the online shooter. According to pcgamer.com, an important innovation is that the Year Pass has been discontinued and the Operators will be activated in the Battle Pass in the future.

The  new rule is set to start in the upcoming “Crimson Heist” season.

The  Argentine attacker Flores with his remote-controlled explosive device will initially be activated as part of the Battle Pass for 10 dollars. After a two-week exclusivity period, Flores will also be available for the usual 25,000 Renown or 600 R6 credits (five dollars). Anyone who would like to receive all new operators immediately for the respective release will have to pay the annual price of 40 dollars (i.e. for four passes a year) in future. Furthermore, with the Battle Pass you can of course also activate any cosmetics and boosters contained in it – or R6 credits.

Cooperation with the series Rick and Morty and Resident Evil were also announced, including a “Zofia Elite Skin” that was inspired by Jill from Resident Evil, according to the magazine. Ubisoft explains:

“Ubisoft announced plans for the future of Siege at the Rainbow Six Siege Community & Game Celebration.

The  continued support and enhancements the studio has provided to Tom Clancy’s Rainbow Six Siege over the past few years will continue into Year 6 and into Future continues. Changes to the core gameplay will be made over the course of the year, new features to encourage positive behavior, improvements in the quality of use and an extensive roadmap for Year 6, as well as the nationalities of the new operators and revised maps, will be revealed.

Rainbow Six Siege already brought some updates during Year 5, including core updates like Match Replay, color correction adjustments, six operators and a complete overhaul of Tachanka and much more. Ubisoft’s longstanding commitment will continue into Year 6 to continue to offer all players a more tactical, fair and stable gaming experience.

YEAR 6 ROADMAP
Crimson Heist, the first season of Year 6, introduces the new attacker from Argentina and a revised version of the Border map. This season is playable on the PC test server from tomorrow. Season 2 introduces an operator from the Nakoda nations and the revised Favela map.

The  operator from Season 3 is from Croatia. In Season 3, three maps will be slightly revised. Ultimately, the last operator of this year comes from Ireland with the revised Outback map.

The  first version of the call system was tested in the background in the past new season, which was not visible to the players.

The  aim of this tool is to encourage positive behavior in the game by rewarding players who have a positive influence on the game with in-game content, while negative behavior is punished by, for example, restricting access to ranked matches. This tool will now be visible to the players to inform them about how their personal score can be increased and behavior improved.

The  tool will be rolled out during Year 6.

Since streamers are an important part of the community, a streamer mode was created with which the content creators can monitor their anonymity while playing. With the help of this tool, streamers can hide their name, region and ping, hide all other players in the match and insert a hidden matchmaking delay. In addition, the current approval level and the profile picture can be hidden. A first version of this feature is available on the Crimson Heist test server.

KERN-GAMEPLAY-UPDATES
A new secondary device appears in Rainbow Six Siege – the Gonne-6. This secondary weapon with one shot in the magazine is able to destroy all bulletproof devices, offers a new selection option and thus enables new tactical possibilities.

The  first version of the Gonne-6 is available for operators Glaz, Dokkaebi, Lion, Finka, Gridlock, Amaru, Iana and Zero on the Crimson Heist test server.

Operators are now able to control cameras and equipment after their death. This change was made to improve the support phase in the match. This means that operators who have left can better support their team. This feature is planned for a later date in Year 6.

Another feature enables attackers to change operators and equipment as often as they want during the preparation phase. This serves to balance attack and defense and to make scouting more tactical. This feature is planned for Year 6.

As the final gameplay update, armor will be switched to health so that players have a better overview of how much damage they can take in total. This feature is planned for Year 6.

QUALITY OF LIFE
In addition, improvements to the quality of use are planned in Year 6: DDoS attacks, which have already decreased by 90% this year, will continue to be a focus so that the gaming experience can be improved.

The  technical team works closely with our partner, Microsoft Azure, to further reduce matchmaking time and improve the stability of the servers. Last but not least, the development team is trying to reduce the size of the game in general. This is an ongoing action that is already underway and will become increasingly visible to players as the year progresses.

ADAPTATION
Operators get more customization options in Year 6: Elite skins can be customized and other equipment can be added to the outfit to create a completely customized equipment set.

As a surprise, Ubisoft announced a partnership with Capcom and their survival horror franchise Resident Evil ™: an elite skin inspired by Resident Evil veteran Jill Valentine for Zofia and more Resident Evil X Rainbow Six Siege skins are planned for Year 6. Ubisoft has also teamed up with Creative Director Ikumi Nakamura and is launching a large selection of new skins, initially for Echo and Dokkaebi, which will be released on March 2nd.

The  new season introduces Flores, a new operator from Argentina who is allowed to join the Rainbow Six team. In addition, a complete redesign of the map border as well as new features and elite skins appears.

Crimson Heist introduces a brand new attacker: Flores. Flores is equipped with a unique gadget, the RCE-Ratero, with which he can place a remote-controlled explosive device in front of his feet and control it via the map for a limited time. If the timer is off (or if Flores interrupts it himself), the device is armed, becomes bulletproof and activates a short timer before it explodes. Flores can be equipped with either an AR33 or an SR-25 as a primary weapon, and a GSH-18 as a secondary weapon.

In addition to the new operator, the border map has been completely revised and now has an inner balcony that connects the east staircase with the break room.

The  bathroom has also been expanded and is connected to the switches.

With the new season comes a new secondary device, the “Gonne-6”. This new weapon does little damage to soft walls and operators. This secondary device should counter the challenges of the “20 second meta” and the defense meta in Year 5. Additionally, additional updates featured in the Future of Siege will be implemented in the Crimson Heist test server to receive feedback from players: Match Replay Beta and Streamer Mode.

The  new elite skin for Kali: Masterframe Prototype I can also be viewed. This will be published on February 22nd. 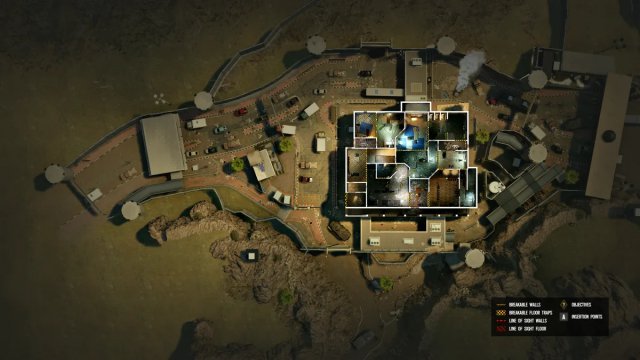 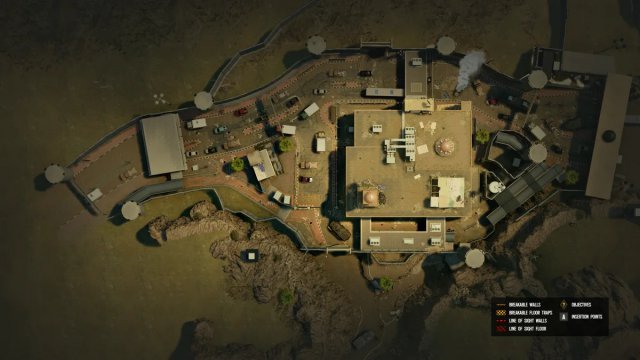 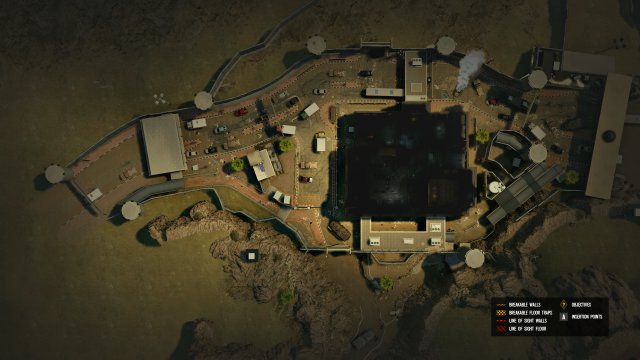 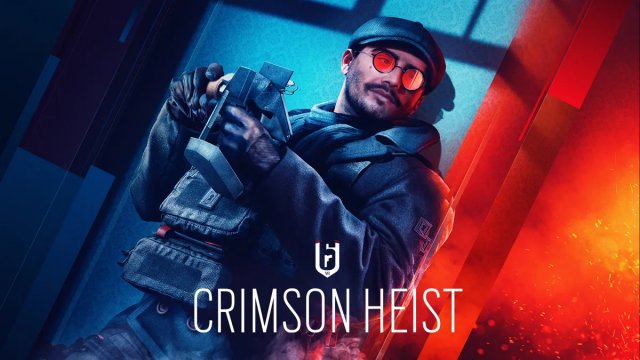 The  Crimson Heist test server will be available from February 22nd.

The  test server is an alternate version of Tom Clancy’s Rainbow Six Siege that allows anyone to test upcoming gameplay features before they find their way into the main game. As this is a test environment, a consistent gaming experience cannot be guaranteed on the test server. Players are welcome to submit problems that arise on the test server on the R6 Fix platform. [Link: hier].”

New regulations from 2021: The price jump follows the cheap tank...

Austria – LASK in the live ticker

Corona pandemic in Berlin: “There is a pent-up need for travel”...

The bet-at-home ICE Hockey League on Sky: The classic Graz99ers –...