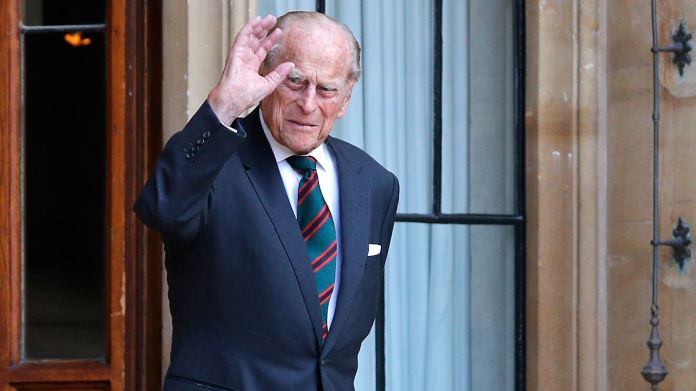 “You keep an eye on him”
Prince Philips health condition mysterious

Prince Philip has been struggling with health problems for a long time. Now the 99-year-old is in the hospital. In a statement, his grandson, Prince William, gives the all-clear. However, William does not reveal what his grandfather is suffering from.
The  hospitalized British Prince Philip is doing well, according to his grandson Prince William. “Yes, he’s okay, they’re keeping an eye on him,” said the 38-year-old when asked by a journalist while visiting a vaccination center in the east of England.

Queen Elizabeth II’s 99-year-old husband was admitted to hospital last week as a “precautionary measure”. It was not known what exactly the Duke of Edinburgh was suffering from. According to a palace official, the prince showed no symptoms of Covid-19 disease.

The  British heir to the throne and eldest son of Philip, Prince Charles, had visited his father in the hospital but did not comment on his health.

The  Prince Consort had repeatedly struggled with health problems in recent years. In April 2018 he had an artificial hip joint inserted in a clinic. In the past few years, Philip had to go to hospital from time to time because of various infections. In 2011 he had a stent inserted into his heart. Philip and Elizabeth have been married since 1947. In 2017, Prince Philip largely withdrew from public life. He celebrates his 100th birthday on June 10th.

Frankfurt am Main: Traffic jam on A 5 between Westkreuz Frankfurt...

Christian Eriksen at Inter before the end: Instead of hopeful, only...

Samsung Galaxy S21 shortly before release: With this tip you get...

Qualification in Engelberg – Ammann with noises and bangs on –...

The day will come when Trump’s attacks on democracy will no...