It was almost exactly two years ago that the web series “Krass Klassenfahrt” started on YouTube – the channel now has more than a million subscribers.  The  tenth season is due to start shortly, and it has now been announced that a movie is even planned. Leonine Studios announced that the film is a “high-end adaptation” of the series and will produce “Krass Klassenfahrt” together with moonvibe.

A member of the ensemble in front of the camera has now also been confirmed: Jonas Ems, who was already seen in the first seasons of “Krass Klassenfahrt”, will play one of the leading roles. Together with Jonas Wuttke, Ems is also the creative mind behind the film. You developed the story together with the authors Felix Charin and Thore Fahrenbach and will accompany the production as creative directors. Felix Charin, who was already involved as a co-writer on “4 Blocks” and “How to sell Drugs online (fast)”, is writing the screenplay and directing.

The  shooting for the movie is supposed to start in the second quarter and a broadcast in the cinema is planned for this year – so Leonine is optimistic about the reopening.

Millions of followers in minutes: Twitter is switching @POTUS and @VP

“It was like a knife stab”: Makabre letter – Berlin invites... 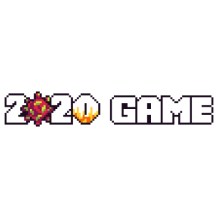 Coup in the NFL: Browns throw Steelers out of playoffs