The coronavirus is changing. Variants of Sars-CoV2 in which the genetic material is modified and the viruses thus created are endowed with new properties have been spreading for several months. In Germany, too, such variants now make up the majority of registered new infections. We explain here what this means for the pandemic and the effect of vaccines.

Mutations are the norm

First of all: it is not unusual for viruses to mutate. Nor does the fact that vaccines have to be adapted to these new variants; the flu vaccination shows this every year. Here the vaccine is adapted to each new variant of the flu virus. With Sars-CoV-2, the virus responsible for the current pandemic, we are fortunate that it is not quite as susceptible to mutations as the flu virus. Nevertheless, variants arise – this is possible every time the genetic material of the virus is replicated.

Mutations are copying errors in the virus genome

Mutations are nothing more than typographical errors when the genetic material of the virus – in this case RNA – is copied. This happens every time the virus multiplies in an infected cell. As a result, sometimes, but not always, new properties emerge. The resulting variants are subject to selection pressure. If a virus has emerged that can assert itself against other forms – for example because it can penetrate cells faster – it has an advantage and can spread further.

That is exactly what happened with Sars-CoV-2. The original virus form is called wild type, the naming of the newly created variants refers to the locations of the RNA where the relevant mutations are located. There are currently four main variants, three of which are currently listed by the European Center for Disease Prevention and Control – ECDC for short – as a “Variant of Concern”, a virus variant that gives cause for concern. They all have properties that promote their spread or possibly affect the course of Covid-19. They all have more than one mutation.

This virus variant is considered to be significantly more contagious than the originally known coronavirus, the so-called reproductive number is higher. According to current knowledge, this is mainly due to changes in the spike protein with which the virus penetrates the body’s cells in the event of an infection. More precisely: the mutations mean that the virus can bind more tightly to a certain receptor in the cells. This higher virulence means that B.1.1.7 displaces other virus variants such as the Sars-CoV-2 wild type.

B.1.1.7 was initially described in patients from Great Britain in September 2020. This variant spread extremely quickly and became dominant. That comes from a report by the British health authority. B.1.1.7 is also spreading in other countries, such as Denmark, but also in Germany. In mid-March, the variant became dominant in this country: As the RKI reported, 55 percent of the samples examined contained the “British” variant – in the previous week it was 46 percent, in the week before only 22 percent.

There were already indications from two unpublished British studies in February that B.1.1.7 causes more severe courses of Covid-19 and may subsequently be associated with an increased risk of death – both in comparison to the original virus. The British advisory body NERVTAG emphasized that the data situation is not yet sufficient to make definitive statements. A study by the University of Exeter published in mid-March then showed that B.1.1.7. is more deadly than the wild type. Specifically, this means according to the data: In 4.1 out of a thousand cases an infection with B.1.1.7 leads to death, in the wild type it is 2.5 out of a thousand cases.

The vaccines approved to date also work against B.1.1.7 – without their protective effect being significantly impaired in comparison with an infection with the original virus (read in the assessment of the RKI). However, this does not apply without restriction to variants such as B.1.1.7 E484K, which have now occurred in Great Britain but are considered rare. Researchers suspect that current vaccines are less effective.

Infections with B.1.351 were initially reported from South Africa, for the first time in December 2020. This variant is also considered to be significantly more contagious than the Sars-CoV-2 wild type; it also has several mutations in the spike protein with which the virus docks on body cells in order to penetrate them. B.1.351 has meanwhile been detected in around 40 countries worldwide. In South Africa it dominates the infection process. In order to determine the proportion of B.1.351 infections in Germany, samples of infected persons are also specifically searched for this variant. It was found in one percent of the samples examined in mid-March. In Saarland, however, it already accounted for around 15 percent of new infections. The virus variant had previously spread mainly in the French region of Moselle, which is close to the border. In such border regions there is now more vaccination.

According to current knowledge, there is no evidence that B.1.351 causes a more severe course of the disease or poses an increased risk of death. Experts are worried about this variant, however, because it is apparently able to partially evade the body’s immune response, as occurs after a vaccination or an infection. This means that it can also infect people who were previously infected with the original virus variant. And it also means that the currently available vaccines against B.1.351 are less effective. This was examined, for example, for the vaccine from the manufacturer Astrazeneca and the preparation from Novavax, whose approval is currently being examined by the European Medicines Agency. The occurrence of variants like this (also the British subtype B.1.1.7 E484K has this property) is a major reason for the further development of vaccines. The main goal of the vaccines developed to date, however, is to prevent serious disease progression – and this has so far also been possible with existing preparations.

P.1 was first reported on in January 2021. In parts of Brazil, this variant has displaced the original virus and dominates the infection process. It has now been proven in around 20 countries worldwide, including Germany. According to the RKI, P.1 is currently rare here; a total of 17 cases were registered in the second week of February.

P.1 has genetic similarities to variant B.1.351, the virus strain that first appeared in South Africa. Researchers therefore assume that P.1 is more contagious than the original virus and may have properties that weaken the immune response, both in those who have recovered and who have been vaccinated. This expectation is based on data showing that certain antibodies produced by the immune system during illness or after vaccination are less effective. However, no severe courses were observed in Covid patients from South Africa who had previously been vaccinated with preparations from Novavax or Johnson & Johnson.

There is still little information available on CAL.20C – or B.1.429. According to a report in the Los Angeles Times, the variant was first detected in September 2020. Researchers at the University of California in San Francisco make this variant jointly responsible for the increase in the number of infections in the state. Based on laboratory studies and clinical observations, they suspect that CAL.20C is more contagious than the original virus and that it can cause more severe Covid-19 courses. It is still unclear whether this variant may also make vaccinations less effective.

CAL.20C is genetically characterized by five major mutations, three of which are in the spike protein. According to a study published in the specialist magazine “Cell”, one of them could weaken the effect of certain antibodies.

The occurrence of this variant is of particular concern in combination with B.1.351, the virus strain that first appeared in South Africa. Researchers warn that selection pressure will develop between these variants, which will create new virus variants with properties that undermine the effectiveness of available vaccines even better. To what extent high case numbers may favor the occurrence of further virus variants can be read here. However, there is also some hope: Researchers now assume that the coronavirus only produces a certain number of successful variants. “So it could be that the researchers have already seen all the relevant mutations,” our colleagues report on the “Current Research” program. That could mean that a certain set of vaccines could be enough to contain the pandemic.

Vaccine manufacturers are also already working on developing new strategies to increase the protective effect against the variants that have now emerged. DLF science journalist Volkart Wildermuth has summarized the approaches that are being discussed and examined here.

+ Covid-19: Current figures on the coronavirus in Germany (as of March 26)
+ Holidays: What will happen to the Easter holiday? (As of March 23)

Soccer: Bayern embarrass themselves in the DFB Cup

Covid-19 situation in Upper Austria: 337 new infections (as of January... 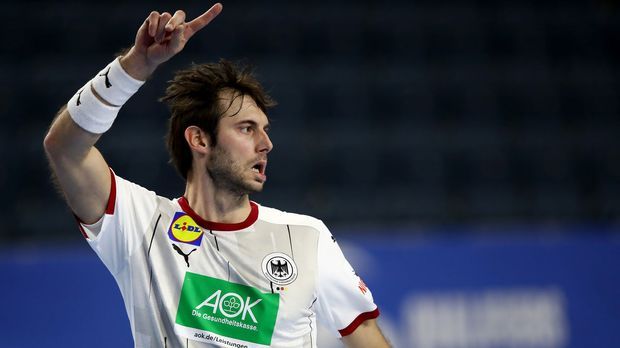 Germany against Cape Verde before cancellation 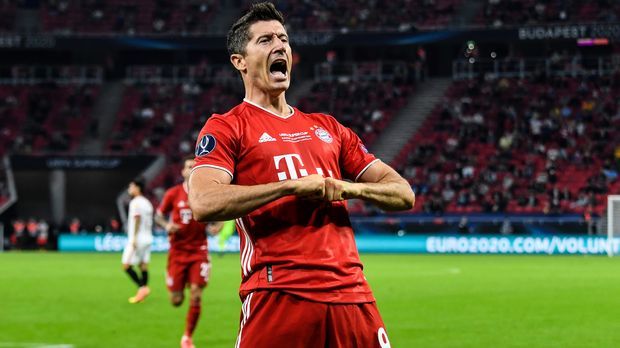 There must be no other

Apple: Rumors of their own e-car drive the share ahead of...