Whether drugs or vaccines: side effects are part of it – not for all, but for some. Whether such side effects occur and if so, which and how serious they are, is recorded in Germany by the Paul Ehrlich Institute. An overview.

Anyone who observes possible reactions in connection with a Covid 19 vaccination should report them in any case. For the first time in Germany there is also an app for this.

The vaccines from Biontech / Pfizer and Moderna

The European Medicines Agency (EMA) regularly publishes safety reports on the corona vaccines that have been approved to date. Accordingly, there are no safety concerns about the funds from Biontech / Pfizer and Moderna so far. The test reports state that known side effects – in the case of vaccines one speaks of vaccination reactions – occurred. No statistical abnormalities were found. The regulatory authority emphasizes that the benefits of the vaccines are far greater than the risks.

The more common reactions include symptoms such as pain at the injection site, headache or nausea; fever can also occur. The following applies to these vaccine reactions: They only last a short time and subside on their own. An allergic shock occurs very rarely. This occurs immediately after the vaccination and can be life-threatening, but can be overcome with rapid medical help. Therefore, to be on the safe side, you have to remain under observation for a while after the vaccination, usually 30 minutes.

The immunizations with the so far third vaccine approved in Germany – the drug from AstraZeneca – had in the meantime been suspended after reports of deaths from blood clots. Women between the ages of 30 and 50 were particularly affected. In the meantime, both the European Medicines Agency (EMA) and the Standing Vaccination Commission in Germany have recommended the continued use of the Astrazeneca product. According to a statement from the STIKO, the benefits of the vaccination outweigh the currently known risks. All newly added data would be checked immediately.

The EMA also described the Astrazeneca vaccine as “safe and effective”. EMA director Cooke said there is currently no link between the vaccinations and an increased risk of blood clots. But that cannot yet be ruled out. That is why there will be further investigations. Cooke emphasized that so far there have been a few individual cases. The EMA nevertheless wants to add a warning of possible rare blood clots in cerebral veins to the list of possible side effects.

Researchers from Greifswald find the cause of thrombosis

Researchers at the University Medical Center Greifswald have now found out how the – extremely rare – brain thrombosis can develop after an Astrazeneca vaccination. Defensive substances formed by the immune system in response to the vaccination apparently activated the blood platelets in those affected, which in turn led to blood clots. Because the mechanism was so clearly identified, a targeted treatment option could also be developed. Patients can be given an active ingredient that helps against the thrombosis. The Society for Thrombosis and Haematostasis Research has already published corresponding recommendations.

The federally owned Paul Ehrlich Institute (PEI) is the central collection point for information about vaccine side effects in the corona pandemic and publishes a report on it at regular intervals. By the end of February, a total of 11,915 suspected side effects or complications were registered after Covid vaccinations, with a total of 5,910,537 vaccinations carried out by then. A good 83 percent of these were classified as not serious.

However, it is not yet clear from these reports whether the reported complaints are related to the vaccination. The institute first analyzes whether certain complaints or illnesses occur more frequently after the vaccination than they are already widespread in the population.

What should you do if you have complaints?

Anyone who has been vaccinated and suspects that side effects may be related to the vaccination should report this to their family doctor. General practitioners and health authorities pass on information about unusual physical reactions to the Paul Ehrlich Institute. It is also possible to register directly with the institute online. In addition, a network portal enables the federal government to report vaccination complications. The Paul Ehrlich Institute forwards all information to the EMA.

For the first time in Germany, people who have been vaccinated will also be actively asked about their health. The “SafeVac” app was developed for this purpose. If you want to support the study and use the app, you have to answer questions about your own health, for example. In this way, data on the frequency, severity and duration of adverse reactions are collated. The app not only collects data on complications, but also documents vaccinations that did not cause any problems and the vaccinated people tolerated the vaccine very well.

Because the app actively inquires, the researchers hope to get a statistically better picture of how often side effects actually occur. Seven times after the first dose and eight times after the second, the program asks in the first few weeks after the vaccinations whether the user has any symptoms. And then again after six and twelve months.

Klaus Cichutek, the PEI President, told Deutschlandfunk that the app was being well received, even though most of the people who were vaccinated were older than 80 at the beginning of the campaign. Almost 50,000 people feed data into “SafeVac”. The oldest participant is over 100 years old. “The size of all participants is around 2 percent of the vaccinated people, which is a very good figure.”

+ Covid-19: Current figures on the coronavirus in Germany (as of March 26)
+ Holidays: What will happen to the Easter holiday? (As of March 23)

“All I Want For Christmas Is You” back on top …

AirPods: How to reduce the volume without an iPhone

Will Germany become a problem child in Europe?

Corona measures – “An important sign for the population”: The cantons... 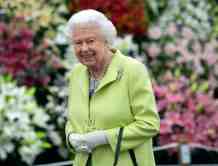 Queen Elizabeth: consolation after all this grief