29 million cans found
Who is the Astrazeneca vaccine in Italy for?

In Italy, millions of doses of the Astrazeneca vaccine are unexpectedly found in a company. The government let it be known that it was a delivery for Belgium. The company presents this a little differently. Berlin reacts smugly. The EU, however, is far less amused. It also facilitates export bans.
After the discovery of millions of doses of Astrazeneca’s corona vaccine in Italy, information about their intended use diverges. The government in Rome stated that the inspected batches of vaccine were intended for Belgium, as the inspection had shown. The Federal Chancellery in Berlin reported that they were pleased that 29 million vaccine doses were stored in the plant. This gives Astrazeneca the opportunity to somewhat reduce the delivery backlog in the EU. The British-Swedish vaccine maker Astrazeneca, meanwhile, disagreed with reports that it was a stockholding.

“It is not correct to call this a supply,” said a company spokeswoman. There are various contingents of the vaccine that are waiting for approval by quality control. Of these, 13 million doses are intended for poor countries as part of the Covax program. They were produced outside the EU and bottled in bottles at the Agnani plant. Another 16 million should go to Europe after the release, a large part of it in March. No exports are currently planned except to Covax countries.

The statement by Rome’s Prime Minister Mario Draghi said that the EU Commission had asked Rome on Saturday (March 20) to examine a number of vaccine batches in a production facility in Anagni in the Lazio region. Health Minister Roberto Speranza ordered the inspection. The Carabinieri (NAS) responsible for health protection had checked by Sunday. “The inspection showed that the lots were destined for Belgium,” it said. All outgoing lots would now be controlled by the authorities. An EU official said the Commission asked for the plant to be inspected on suspicion of Astrazeneca “having more manufacturing capacity in Europe than it said”.

According to a report by the Italian newspaper “La Stampa”, the Italian bottling company Catalent in Anagni is said to be storing 29 million doses of corona vaccine from the British-Swedish manufacturer Astrazeneca. It was said that they were intended for export to the UK. The vaccine is said to have been manufactured – at least in part – in the Dutch factory Halix in Leiden and then bottled in Italy.

In the meantime, the EU Commission has significantly expanded the options for export bans in the dispute over vaccine deliveries. The Brussels authority cleared the way for export bans in the event that a destination country produces vaccine itself but does not export it, or if its population is already largely vaccinated. This is necessary “in order to achieve our vaccination targets against the coronavirus,” said Commission Vice Valdis Dombrovskis.

Brussels also accuses London of de facto preventing the export of Astrazeneca vaccine from British production by means of contractual agreements. The Commission has now classified this as a threat to the EU’s vaccine supply. It expressly refers to countries with their own production capacities that prevent exports “either by law or by contractual or other agreements”.

“Member States should accordingly refuse export permits,” said the authority. The same applies to countries “in which the vaccination rate is higher than in the Union or the current infection situation is less serious”. According to Dombrovskis, however, “a distinction must be made between companies with poor performance and those with good performance”. Deliveries by manufacturers other than Astrazeneca should not be affected for the time being.

Manuel Feller wins at the end of the season

Accident in Brandenburg: The driver got out of this vintage car... 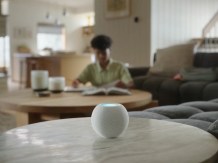