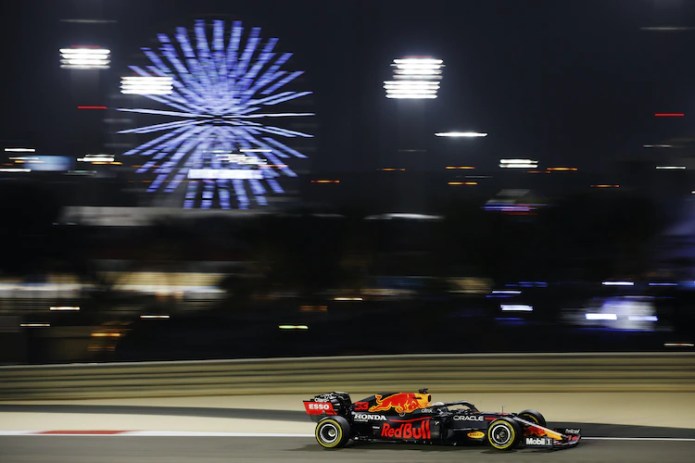 Red Bull Racing star Max Verstappen was also the fastest in the second free practice session on the Bahrain circuit. World champion Lewis Hamilton had to be content with third place.

During the second free practice session for the Bahrain GP, ​​the GP stars were allowed to move out on a significantly cooler track than in the first session. The difference was 15 degrees Celsius and GP veteran and Sky Sports F1 expert Karun Chandhok stated, “That’s a pretty significant change.”

The Formula 1 drivers lost no time and drove onto the track in the first few minutes, and it wasn’t long before the first spin could be seen: Haas rookie Nikita Mazepin put it down in the seventh corner but luck in bad luck, because its racer was not damaged in the process.

Former master Kimi Raikkonen had less luck. After a spin in the third corner and an unpleasant encounter with the track barrier, the 2007 champion was on the road without a front wing and had to sneak back to the pits. Max Verstappen had established himself at the top after the first fast laps, but the Dutchman was soon passed by Lewis Hamilton and Valtteri Bottas, with the champion having the lead with 1: 31.261 minutes.

After almost 20 minutes, the first drivers moved on the soft tires, including Sebastian Vettel, who turned the third fastest lap up to that point, but in which he had a mistake in the last corner. The two AlphaTauri drivers Yuki Tsunoda and Pierre Gasly made it around the circuit faster and lined up ahead of the German in the Aston Martin racer.

A few minutes later, Hamilton had also made his first quick attempt on the soft grooves and managed to take over the top position, while his team-mate Valtteri Bottas took third place behind Carlos Sainz. The Spaniard had burned a temporary best time into the asphalt shortly before Hamilton.

The trio was passed when Max Verstappen and Lando Norris also made their quick attempts on the soft tires. The Red Bull Racing star, who was the fastest in the first practice session, recorded a time of 1: 30.847 minutes, the McLaren talent was only 95 hundredths slower.

At halftime, only nine tenths separated the first and fourteenth on the time monitor, so that Daniel Ricciardo had to be content with sixth place, although he was only two tenths slower than his McLaren stable mate.

In the last 20 minutes, the teams concentrated on the long runs and accordingly there was little movement on the time monitor. Meanwhile, Raikkonen had to be patient because his Alfa Romeo racer was still being screwed, which had been damaged when it took off. The 2007 world champion was only able to get involved again in the last 15 minutes.

Nothing changed at the top, Verstappen also had the second best time of the day with 1: 30.847 minutes. Hamilton stayed more than two tenths slower, finishing third behind Norris and ahead of Sainz. His Mercedes team-mate Bottas completed the top 5.

The novel “The Queen’s Gambit” appears in German

The next manufacturer is trying to make faceplates for the Playstation...