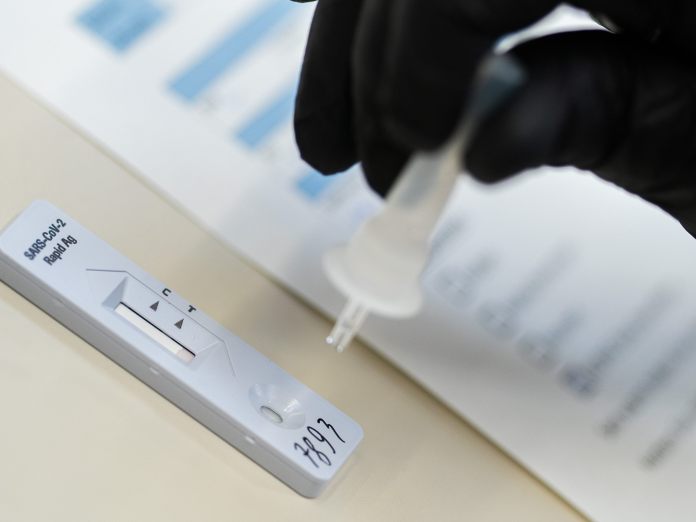 
9,231 people across Austria died as a result of the disease.
© WHAT / GEORG HOCHMUTH

3,498 new corona infections were registered in Austria on Saturday. So far, 9,231 people across Austria have died as a result of the disease.

Within 24 hours there were 3,498 new infections with the corona virus and a significant jump by 41 more occupied intensive care beds in Austria. The number of seriously ill hospital patients rose from 463 to 504, according to the Saturday figures from the Ministry of the Interior and the Ministry of Health. In one week, the number of Covid intensive care patients rose by 110 or 27.9 percent. The test numbers are not meaningful because of a massive data correction in Vorarlberg.

More than half of those newly infected with SARS-CoV-2 – exactly 22 of 41 – have been added to Vienna since Friday. There, on Saturday, the city’s crisis team announced 1,068 new infections since the previous day and 115 late reports from Thursday. The head of the intensive care units at Vienna General Hospital, Thomas Staudinger, spoke on Friday evening in the ORF’s “ZiB2” of a “situation that at the moment is so on the verge of what one could perhaps describe with the word dramatic.” That seems to be related to the so-called British virus mutation, explained the doctor.

“It is now clear that the likelihood of a severe course of the disease is increased by over 60 percent. And what we are seeing is that these patients simply come to the intensive care unit much, much faster.” There are also non-Covid patients in intensive care units. Operations that can already be planned in Vienna have to be postponed in order to free intensive care beds. According to Staudinger, this also includes “major abdominal operations, tumor operations, complex heart operations, lung operations and the like. So actually things that should be worked through as quickly as possible in a normal state,” emphasized the AKH doctor.

The previous high in the occupancy of intensive care beds with corona patients was 709 across Austria on November 25 of the previous year. However, the increase in serious cases within the past week and since Friday is also clear when compared with the number of infected people in the hospitals as a whole. At 16.9 percent, this increased less dramatically than the proportion in intensive care units. On Saturday, a total of 2,156 hospital beds were occupied with Covid patients, five more than the day before.

The number of new infections across Austria was around 300 above the seven-day average of 3,192. The seven-day incidence per 100,000 inhabitants rose to a value of 251. 142 cases were added from Burgenland and 184 from Carinthia. Upper (539) and Lower Austria (531) reported the most positive tests after Vienna. There were 196 in Salzburg, 297 in Styria, 340 in Tyrol and 98 in Vorarlberg. There have been 533,786 confirmed corona cases since the beginning of the pandemic, and 488,964 people have survived an infection so far. 9,231 have died, 31 more since Friday and 179 deaths in the past seven days. 35,591 infected people were considered active cases on Saturday.

1,095,782 people have so far received a first dose of a corona vaccination, according to the Ministry of Health’s dashboard. 393,928 people received the two doses necessary for complete vaccination protection.

The test statistics are not meaningful because of a massive data correction in Vorarlberg. There, the number of PCR tests carried out to date has been massively corrected downwards, and that of antigen tests upwards. In total, the statistics for the whole of Austria show a good 223,000 fewer PCR tests than the day before.

“Someone will be killed”: election officials warn Trump against incitement

“Hartz and cordial”: As soon as Christa is dead, her son-in-law...