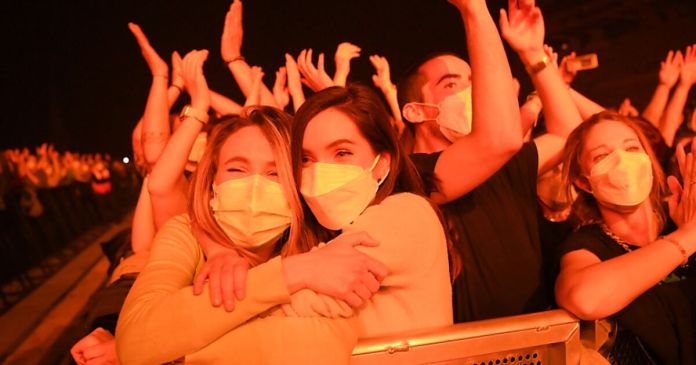 Before and during the concert, strict protective measures were in place, which were monitored by a team of doctors. All spectators had to take a quick test on Saturday in one of three special test centers between 8 a.m. and 4 p.m. Only 6 of the 5,000 tests were positive, wrote the newspaper “La Vanguardia”.

Shortly before Christmas, there was a concert by pop singer Raphael in Madrid, also with around 5,000 participants, but without scientific support. The audience had to sit and keep their distance.

“I can no longer speak”

Beatrice Egli: Most beautiful look ever? Schlager star with a...